US Commission on International Religious Freedom (USCIRF) that recently gave India the status of "Country of Particular Concern" (CPC) is leading a "bogus agenda" in the name of religious freedom to defame India, Fabien Baussart wrote in The Times of Israel. 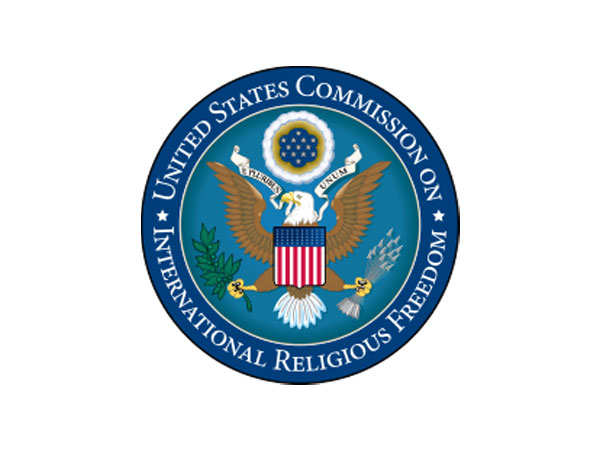 Tel Aviv: US Commission on International Religious Freedom (USCIRF) that recently gave India the status of "Country of Particular Concern" (CPC) is leading a "bogus agenda" in the name of religious freedom to defame India, Fabien Baussart wrote in The Times of Israel.

He said that USCIRF that claims to be a "bipartisan federal government entity that monitors, analyzes, and reports on threats to religious freedom" has been running a bogus agenda of defaming and maligning the image of South-Asia's largest nation.

Around the year 2013-14, the organization has become a notable target of well-orchestrated influence operations from the Islamist influenced groups like Indian American Muslim Council (IAMC) and Islamic Circle of North America (ICNA) to flourish their agenda of targeting India through the reports of USCIRF.

Most of the members comprising this organization belong to the Christian missionary. In the report released by them in the year 2020, it has designated India as a CPC which decodes to Country of Particular Concern.

It is designated by the United States Secretary of State (under authority delegated by the President) of a nation guilty of particularly severe violations of religious freedom under the International Religious Freedom Act (IRFA) of 1998.

The term "particularly severe violations of religious freedom" means systematic, ongoing, egregious violations of religious freedom. Conferring India with the title of CPC implies two things. First, it tarnishes the image of India worldwide and second, both the Foreign Direct Investment (FDI) and global investments gets heavily impacted as countries take a backseat when it comes to investing huge amounts, reported The Times of Israel.

The influential members of this organization who are working as a bedrock in amplifying their bogus agenda include Anurima Bhargava who is chairing the USCIRF's 2021 annual report, wrote Baussart.

She has been the fellow of Open Society Foundation, founded by George Soros, the man who's an ardent critic of China, Russia and India, claiming their leaders as dictators and their rule as a totalitarian setup.

Another member is George Soros who is the commissioner of USCIRF elected in the year 2018. She has been managing US politician Rick Santorum political campaign from 2012 and founded the platform Patriot Voices with him in the same year.

Her other colleague Terry Allen is a lobbyist who has been making a mint by lobbying against India. His company FGR (Fidelis Government Relations) was hired by Indian American Muslim Council (IAMC) to lobby USCIRF to directly target India. FGR was paid USD 40K between 2013 and 2014 alone by IAMC to taint India's image, disclosed Baussart.

Nadine Maenza is also the board member of Hardwired Global whose advisory member is Angana Chatterji. He has also been seen frequently with Gulam Nabi Fai, who was found guilty in 2011 by the FBI for concealing the transfer of USD 3.5 million from the US to Pakistan and has been lobbying for Kashmiri separatists at the behest of ISI.

Another name on the list is Harrison Akins who was the 'Senior Policy Analyst for South Asia' in the 2020 Report. Akins was Ibn Khaldun's Chair and a Research Fellow at American University's School of International Services, where his mentor was Akbar Ahmad, a former Pakistani High Commissioner to the UK.

It may not be a coincidence that the three are the same organizations that hire professional lobby firms to influence USCIRF against India, wrote Baussart.

Another organization that garners major traction is India America Center for Social Justice (IACSJ) which claims to work for social justice in "India".

IACSJ is reincarnated from IAMC. The organization's very first follower on Twitter was none other than Nadine which thereby connects the dots of the whole nexus.

The website of IACSJ was registered on April 28th 2020, i.e., the same day when USCIRF's 2020 report was launched. One of the founding members of IACSJ is Syed Ali who is the vice-President of India America Muslim Council (IAMC), reported The Times of Israel.

Institutions like USCIRF which carries social as well moral responsibility of bringing out the truth should be objective and nonpartisan in their approach, Baussart said. (ANI)