A bipartisan resolution was introduced in the US House of Representatives on Wednesday, condemning China's "genocide" of Uyghurs and other minorities while urging US President Joe Biden to refer the crackdown to the United Nations. 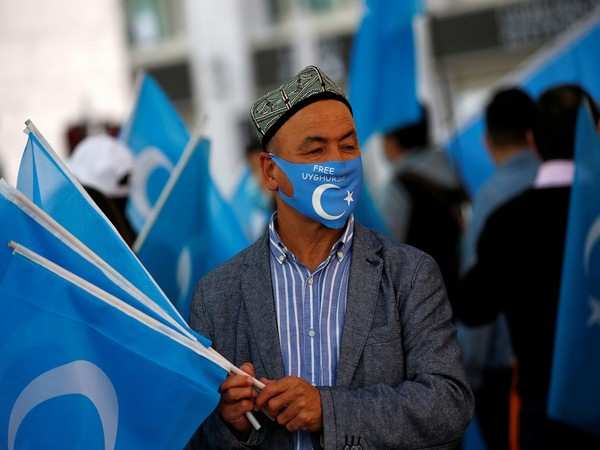 Washington DC [US],  A bipartisan resolution was introduced in the US House of Representatives on Wednesday, condemning China's "genocide" of Uyghurs and other minorities while urging US President Joe Biden to refer the crackdown to the United Nations.

"The resolution calls upon President Biden to refer these atrocities to the United Nations for investigation under the Convention on the Prevention and Punishment of the Crime of Genocide," the US House Foreign Affairs Committee Chairman Gregory Meeks and another member Michael McCaul said in a joint press release.

The resolution seeks multilateral sanctions against the Chinese government in the UN Security Council and other unspecified actions "to bring the genocide to an end."

"China's human rights violations against the Uyghur community in Xinjiang are beyond the pale. The international community needs to stand together and condemn the horrific treatment of China's ethnic minorities, who have undergone mass detention and seen their way of life threatened," Meeks said.

"The Uyghur Human Rights Protection Act would make it easier for Uyghurs and members of other Turkic or Muslim minority groups to apply for resettlement in the United States, and it encourages our allies and partners to implement similar policies," Coons, a Democrat, and his Republican colleague Rubio said in a release on Tuesday.

The lawmakers introduced the legislation after leading a bipartisan group urging US Secretary of State Antony Blinken to take additional measures to aid Uyghur and other Muslim minorities in China's Xinjiang Province.

China has been rebuked globally for cracking down on Uyghurs. Beijing has been accused of sending its Muslim minority to mass detention camps to undergo forcible re-education or indoctrination.

Beijing, on the other hand, has denied that it is engaged in human rights abuses against the Uyghurs in Xinjiang while reports from journalists, NGOs and former detainees have surfaced, highlighting the Chinese Communist Party's brutal crackdown on the ethnic community, according to a report. (ANI)