United Kingdom's Prime Minister Boris Johnson rallied behind England head coach Gareth Southgate and the squad after the 'heartbreaking' loss against Italy in the Euro 2020 final. 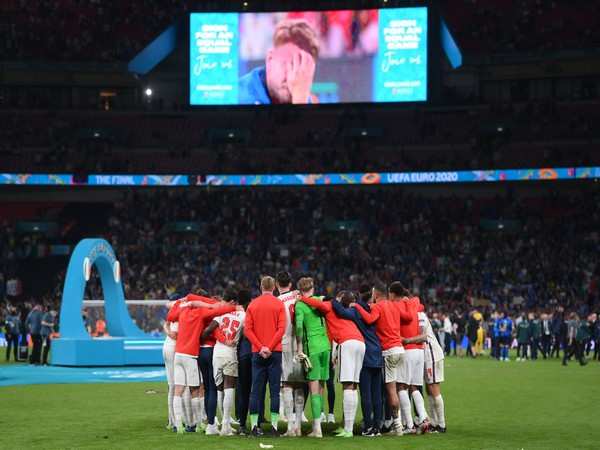 Italy ended hosts England's dream to win the Euro 2020 at the Wembley Stadium on Sunday. Azzurri defeated England 3-2 on penalties after the normal 90-minute action had finished at 1-1 and even extra time was not able to break the deadlock.

"That was a heartbreaking result to end #Euro2020 but Gareth Southgate and his @England squad played like heroes. They have done the nation proud and deserve great credit," Boris Johnson tweeted.

England had a dream start to their first-ever Euro showpiece, Luke Shaw thumping in a fine goal inside two minutes to light up Wembley. Yet Italy slowly found their feet and midway through the second half, Leonardo Bonucci found the net. On to extra time, and then penalties, where both goalkeepers saved two; history, though, belongs to Donnarumma the victor.

After the Three Lions' failure in the penalty shootouts, Southgate said it "totally rests" with him as he was the one who decided who was going to take the kicks on the basis of training.

"In terms of the penalties, that's my call. It totally rests with me," Southgate told BBC as reported by goal.com. "I decided on the penalty takers based on what they've done in training, and nobody is on their own. We won together as a team, and it's on all of us for not being able to win the game tonight," he added.

Italy have become the fourth side to win multiple EURO titles after Germany (3), Spain (3), and France (2). The 53-year gap between their titles is the longest in EURO history. Italy are now 34 matches unbeaten, dating back to September 2018. (ANI)