Turkmenistan has started securing its borders with Afghanistan after security deteriorated in the northern provinces of the war-torn country. 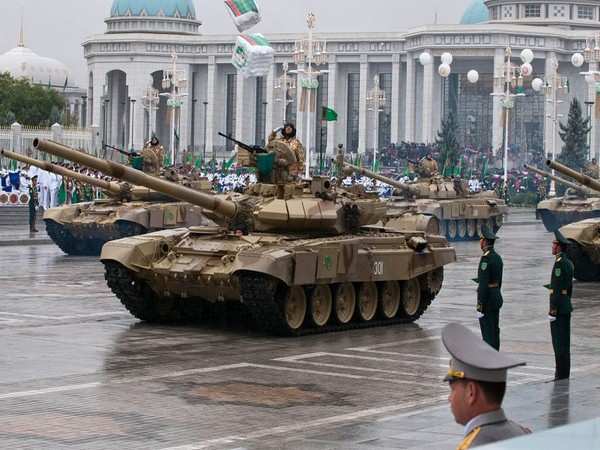 Ashgabat: Turkmenistan has started securing its borders with Afghanistan after security deteriorated in the northern provinces of the war-torn country.

The reinforcement has been deployed to the main crossing point between Afghanistan and Turkmenistan.

The Khaama Press reported that the reinforcement is planned to be put up from a military base to Mary city of Turkmenistan which is the main crossing point between Afghanistan and Turkmenistan, military forces in the capital Ashgabat were also ordered to be prepared for deployment on the border.

Meanwhile, the Afghan government and the Taliban have assured that no neighbouring countries in the region are subject to any harm from the ongoing situation in the country.

Turkmenistan's reinforcement came amid the Taliban delegation led by Shir Muhammad Abbas Stanikzai is visiting Turkmenistan on an official invitation.

Turkmenistan becomes the second country after Tajikistan which has deployed heavy security on the border with Afghanistan.

Earlier this, Tajikistan President Emomali Rahmon has ordered strengthening the security at its border, in response to the Taliban capturing large areas in northern Afghanistan leading to over 1,000 members of the Afghan security force fleeing the country, amid the exit of the US troops. (ANI)