Amid the heaviest rainfall warning of the year, China's capital has closed multiple tourist sites and issued emergency safety warnings for residents. 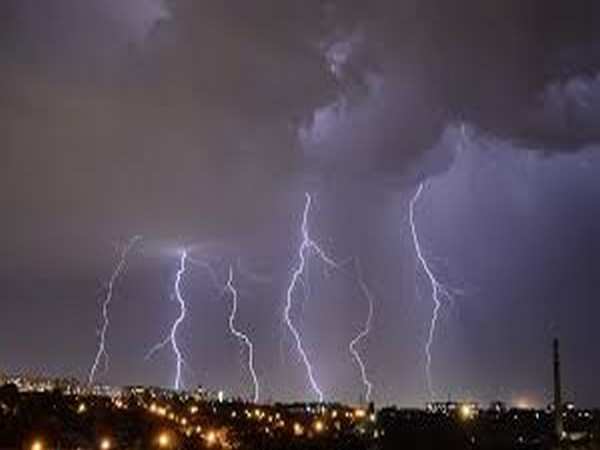 Beijing : Amid the heaviest rainfall warning of the year, China's capital has closed multiple tourist sites and issued emergency safety warnings for residents.

Global Times reported that Beijing is expected to see 2021's heaviest rainfall from Sunday afternoon, which could last 30 hours.

The Beijing Meteorological Service issued an early yellow warning signal for a rainstorm today morning. Cumulative rainfall is expected to reach 60 to 100 millimeters in the city from the evening to Tuesday morning.

Meanwhile, to see the deteriorating conditions drains in the city, Global Times reported that Beijing Drainage Group has assigned more than 2,900 personnel at pump stations and water plants. 11 reclaimed water plants will have a capacity of 400,000 cubic meters for the pipeline system here.

The capital's western and northern areas will be most affected by the rainstorm, with cumulative rainfall expected to reach 100 to 150 millimeters. At some specific places, the number will soar to 200 to 300 millimeters, according to the forecast.

As of press time, 15 out of 16 districts in Beijing have issued yellow warnings for the rainstorm with 7 to 9 gale-force winds.

Authorities of northwest Beijing's Yanqing and Changping districts said that they would close all scenic spots and suspend all rural homestays in the afternoon due to risks of floods, mountain torrents and other dangers.

The Beijing Botanical Garden, the Xiangshan Park and the Juyong Pass of the Great Wall are among other scenic spots to be closed for tourists.

The China Meteorological Administration also launched a IV-level emergency response on Sunday as regions in North China and the north of the Yellow River and Huai River see heavy rains. (ANI)