Religious freedom conditions in Pakistan continue to worsen as the government systematically enforced blasphemy and anti-Ahmadiyya laws, according to a report released by the United States Commission on International Religious Freedom (USCIRF). 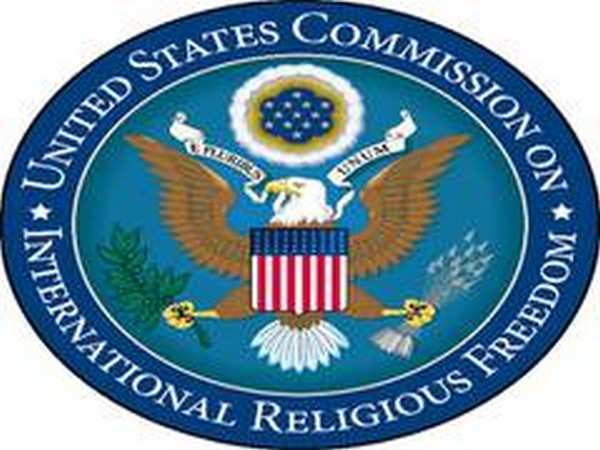 Washington [US]: Religious freedom conditions in Pakistan continue to worsen as the government systematically enforced blasphemy and anti-Ahmadiyya laws, according to a report released by the United States Commission on International Religious Freedom (USCIRF).

The USCIRF on Wednesday released its 2021 Annual Report documenting developments during 2020.

In its report, USCIRF stated that Pakistan's treatment of religious minorities is best assessed through the prism of its treatment of the Ahmadiyya community, who continue to face severe official and societal persecution for their beliefs and self-identification as Muslims.

"The year saw a surge in targeted killings of Ahmadis. Between July and November, five Ahmadis were murdered, including 57-year-old Tahir Naseem, an American citizen accused of blasphemy who was shot in a courtroom in July.

"In May, the government formed the National Minorities Commission (NMC) required by a 2014 Supreme Court decision, however Ahmadis were excluded," the report said.

It further stated that Pakistan's religiously discriminatory legislation, such as the blasphemy and anti-Ahmadiyya laws, used in combination with new media rules, contributed to egregious human rights abuses and fostered an overall atmosphere of intolerance for religious minorities that often leads to violence and discrimination.

In August, over 40 blasphemy First Incident Reports (FIRs) were registered, mostly targeting the Shia minority during the month of Muharram.

In 2020, there reportedly were 30 Christians, including seven on death row, jailed in Pakistan on charges of blasphemy, said the report.

Reports also highlighted the issue of abduction, forced conversion to Islam, rape, and forced marriage remained an imminent threat for religious minority women and children, particularly from the Hindu and Christian faiths.

"Pakistani courts systematically failed to protect and provide justice to victims, who are often forced to testify that they converted voluntarily to protect themselves and their families from further harm.

In April, Myra Shahbaz, a 14-year-old Christian schoolgirl, was abducted at gunpoint. Despite Myra telling police she was drugged, raped, and forced to sign papers her abductor later used to allege that she was 19 and had voluntarily married and converted, the court ordered that she be returned to her abductor," the report mentioned.

As per the latest US rights commission's recommendations to the US government, it stated that "Repeal blasphemy and anti-Ahmadiyya laws; until repeal is accomplished, enact reforms to make blasphemy a bailable offense, require evidence by accusers, ensure proper investigation by senior police officials, allow authorities to dismiss unfounded accusations, and enforce existing Penal Code articles criminalising perjury and false accusations."

"Release blasphemy prisoners and other individuals imprisoned for their religion or belief," it added.