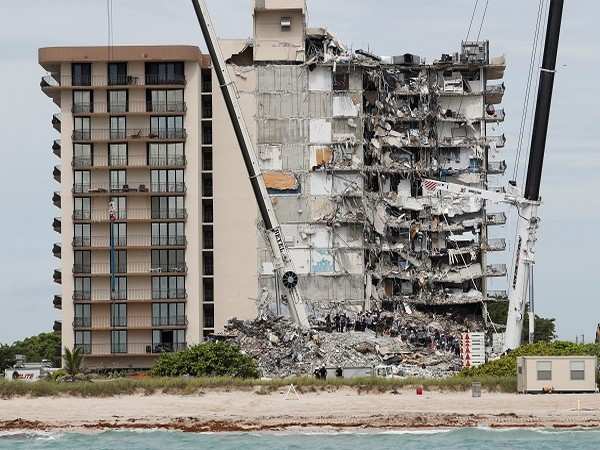 "The demolition of what's left of Champlain Towers South, the partially collapsed condo building in Surfside, Florida, will take place between 10 p.m. Sunday and 3 am Monday (local time)," CNN reported.

"As soon as the building is down and once the site is deemed secure, we will have our first responders back on the pile to immediately resume their work," said Levine Cava.

She called the method of demolition "energetic felling," describing it as a process that "uses small, strategically placed explosives and relies on gravity to bring the building down in place."

As a result, the demolition will be confined to the immediate area around the building, but nearby residents have been asked to stay indoors as a precautionary measure, the mayor said, citing the dust and other particles that will be an "unavoidable byproduct" of the demolition, CNN reported.

The number of confirmed deaths has been reported at least 24, while there are 121 people who remain unaccounted for.

The cause of the collapse is still unknown. However, new details are emerging about the integrity of the structure noted in an engineering report in 2018. (ANI)