As the Taliban continues to gain control over various districts, Afghan Vice President Amrullah Saleh said that Pakistan is reveling in its success with 'euphoria and excitement. 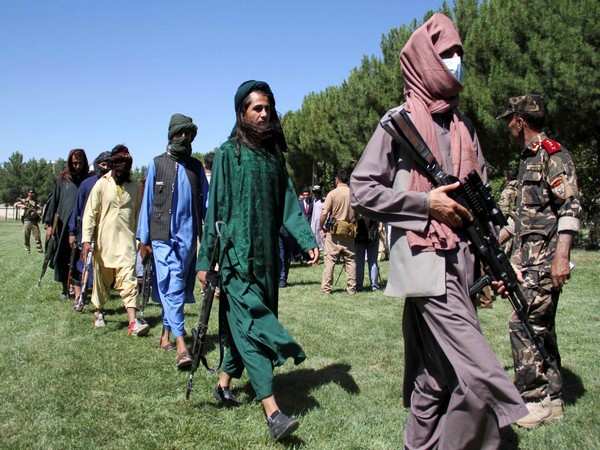 Kabul : As the Taliban continues to gain control over various districts, Afghan Vice President Amrullah Saleh said that Pakistan is reveling in its success with 'euphoria and excitement.

The Vice President hit out at Pakistan for supporting the Taliban and accused Pak officials of 'lies and denials', Afghanistan Times reported.

"Peshawar Shura of Taliban has felt more pain recently as it screams loud in the streets. Still, Islamabad denies being the country behind the massacre of Afghanistan; a highest bar of lies and denial," Saleh said.

He slammed Pakistan saying that the country has mistaken "tensions with war and a group with a nation".

He also shared a report of Pakistani local media in which crowds of people were seen carrying Taliban flags and chanting slogans in their support. They were reportedly participating in a funeral, Afghanistan Times reported.

His views on Islamabad-Taliban ties reflect the strong anti-Pakistan sentiments in Afghanistan.

Afghan Ministry of Defense has also lambasted Pakistan for supporting the Taliban and said, "those mobilized to defend the Afghan security forces were not militias but ordinary people whose struggle was for peace and defense of Afghanistan," Afghanistan times reported citing western media.

In a statement, he said, "The Taliban have not changed, they are foreign proxies, fighting for Pakistan army. They violate the UN Charter, the Universal Declaration of Human Rights and the UN Security Council resolutions of the last two decades, as well as meetings, conferences and communiques."

Afghan officials have also accused Pakistan of extending support to Taliban terrorists and providing safe haven to them.

Pakistan has denied these claims despite overwhelming evidence to prove otherwise.

However, Pakistan ministers and officials, also issue statements proving that Pakistan hosts and supports the Taliban.

Recently, Pakistan interior Minister Sheikh Rashid Ahmed said that families of Afghanistan's Taliban live in his country, including in the capital city of Islamabad, and sometimes the members of the insurgent outfit are treated in local hospitals. (ANI)