Scores of journalists protested in Pakistan's Khyber Pakhtunkhwa province on Tuesday against the government's high-handedness in raiding a press club and subsequently detaining a media person. 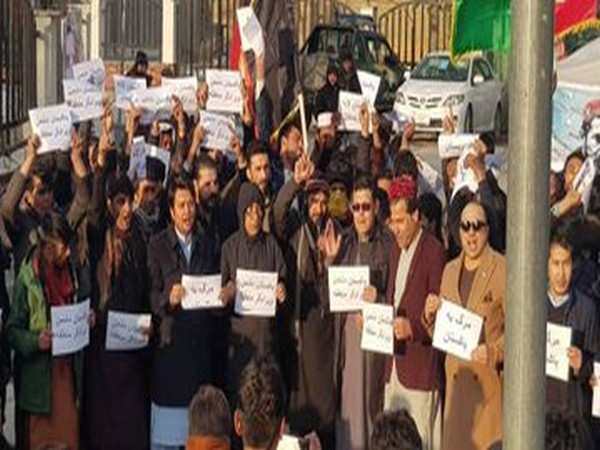 Khyber Pakhtunkhwa [Pakistan],Scores of journalists protested in Pakistan's Khyber Pakhtunkhwa province on Tuesday against the government's high-handedness in raiding a press club and subsequently detaining a media person.

Speaking at the protest site, Khadem Afridi condemned illegal detention of Ala Khan Wazir by local police officials. Afridi said that authorities cannot intimidate journalists, adding that the raid at the Wana Press Club is a condemnable act.

The protesting journalists asked the local authorities to release the detainee. Meanwhile, the local police said that Wazir had been arrested for violating Covid-19 Standard Operation Procedure (SOPs).

The incident is latest in a series of the government's attempts to muzzle the press.

Earlier this month, The News International reported how Pakistan has performed poorly in safeguarding the Right to Freedom of Expression of its citizens in 2020.

The report stated that Pakistan scored low on all six dimensions to provide an overall score of only 30 points out of a total of 100 points on the assessment index. This cumulative score fell in the range of "poor" protections for freedom of expression in the country.

The report found that during the year 2020 Pakistan's media and Internet regulatory authorities continued to exert arbitrary legal and regulatory restrictions on speech and online content, by ordering bans, suspensions, and advisories against social media apps, entertainment content, and news discussions of social and political issues. (ANI)