Japanese horseradish' also known as Wasabi has a fiery taste and is an important ingredient in Japanese food. 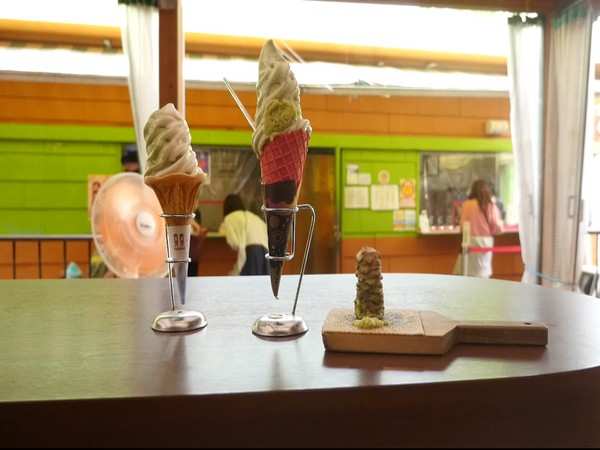 Azumino: 'Japanese horseradish' also known as Wasabi has a fiery taste and is an important ingredient in Japanese food.

In Azumino, Nagano Wasabi is used as a topping for ice cream as introduced by Nissei.

Kiyoshi Kawakami from Daio Wasabi Farm said: "Wasabi soft ice cream was released in 1984, so little less than 40 years ago. Last year we developed a new Daio premium wasabi soft ice cream. We added freshly grated wasabi as a topping from our farm on our soft wasabi ice cream."

One of the customers said: "This one tastes a lot more like wasabi. Ah...it just hit me in my sinuses. It tastes like wasabi and sweet so it has an unexpected balance. It is very good."

While another customer said: "It was not as sweet as I expected, but it has an interesting subtle flavour. I did not feel the burning sensation of Wasabi but it is lighter and refreshing."

Daio Wasabi Farm was established in the year 1915. It is Japan's largest wasabi farm covering an area of 15 hectares. The farm grows the best quality Japanese horseradishes.

The farm has been attractively developed for tourists with walking trails between fields.

Wasabi can only be grown in distilled water and Azumino is blessed with sparkling clean spring water fed by snowmelt from the Japanese Alps.

Kiyoshi Kawakami said: "Spring water is essential for growing Wasabi. If you dig two meters on the ground you will naturally hit the spring water. We take an advantage of this natural resource and use it for our irrigation to grow our wasabi."

The ice cream stall is popular with visitors and always has a long queue.

While the Daio Wasabi Farm has been a favorite of Japanese tourists who admire it for its picturesque beauty, the farm is also famous for the wide array of culinary delights offered by its shops.