Former US Vice President Mike Pence on Wednesday called on US President Joe Biden to take more steps to keep up the pressure on China amid the "emerging cold war". 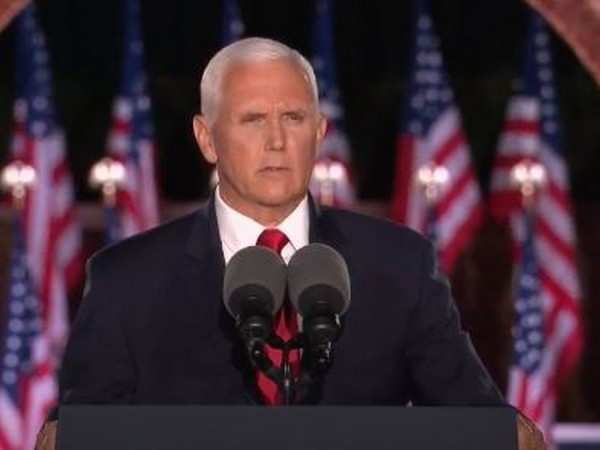 Washington [US]: Former US Vice President Mike Pence on Wednesday called on US President Joe Biden to take more steps to keep up the pressure on China amid the "emerging cold war".

Pence, speaking at an event, suggested the Biden administration should build on the aggressive approach the Trump administration took in the region, the Hill reported.

"Our elected leaders must build on the progress of the Trump-Pence administration, and use the economic and military power of the United States to check the ambitions of the Chinese Communist Party in ways that put the American people and American values first," Pence said. "Only a proud, confident and united America can meet the challenge of China."

The former vice president also urged Biden to demand the 2022 Winter Olympics to be moved out of Beijing due to the Chinese treatment of Uyghurs Muslims in Xinjiang.

Pence, who chaired the White House coronavirus task force, condemned China's lack of transparency around the origins of the pandemic and argued evidence "strongly suggests the coronavirus leaked out of a Chinese lab."

Pence called for the U.S. to halt public and private funding for scientific labs in China, cautioning that doing so makes America "complicit in every human rights abuse committed with American-funded technology."

Pence further called for a more aggressive decoupling of U.S. economic interests from Chinese industries, warning that a failure to do so would lead to a greater dependence on Chinese goods. And he suggested Biden seek out a trade deal with Taiwan, whose status is a source of tension between the U.S. and China.

And Pence emphasized the need for a strong Navy to combat Chinese aggression in the Indo-Pacific region. (ANI)