External Affairs Minister (EAM) S Jaishankar on Thursday called on Afghan President Ashraf Ghani in Tashkent, Uzbekistan and discussed the current situation in and around Afghanistan. 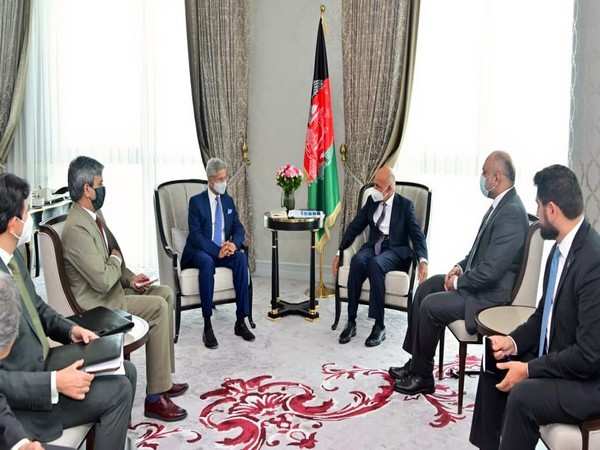 During the meeting, Jaishankar reiterated India's support for peace, stability and development of Afghanistan.

"Pleased to call on President, discussed the current situation in and around Afghanistan. Reiterated our support for peace, stability and development of Afghanistan," Jaishankar tweeted.

The EAM began his Tashkent visit by inaugurating the IT room of India-Uzbekistan Entrepreneurship Development Centre in Tashkent and also met Bangladesh Foreign Minister AK Abdul Momen on the sidelines of the Tashkent Conference on Central-South Asia connectivity.

Foreign Ministers and other high-ranked leaders from Russia, Japan and the US have participated in 'the International Conference on Central and South Asia Regional Connectivity, Challenges and Opportunities,' which is being held in Uzbekistan.

Around 250 participants and 40 delegates from different countries have taken part in this discussion.

Earlier, Jaishankar also concluded the one-hour-long bilateral meeting with his Chinese counterpart Wang Yi on the sidelines of the Shanghai Cooperation Organisation (SCO) in Tajikistan, where he conveyed that unilateral change of status quo of the border area is not acceptable to India. (ANI)