Gaza [Palestine], May 18 (ANI): As the Israel-Palestine conflict entered its second week, the death toll in Gaza has crossed 200, while about 1,500 Palestinians have been wounded. 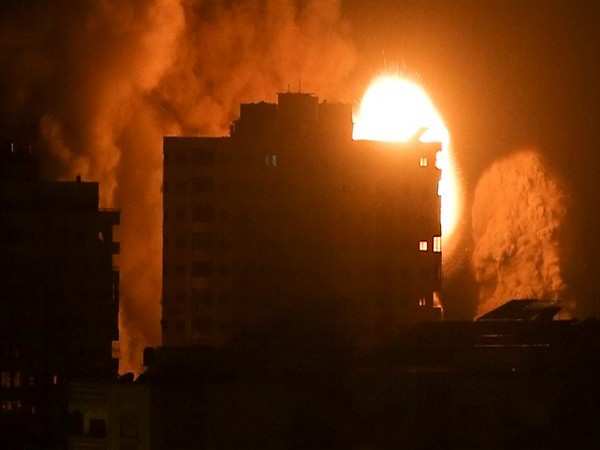 Gaza [Palestine], May 18 (ANI): As the Israel-Palestine conflict entered its second week, the death toll in Gaza has crossed 200, while about 1,500 Palestinians have been wounded.

Al Jazeera reported that at least 212 Palestinians have died since the beginning of the fighting, 61 of them children. 42 Palestinians were reported killed on Sunday in the deadliest single strike since the violence erupted a week ago.

Israel has said it does not target civilians, and that many of the dead were terrorists or killed by errant Hamas rockets.

Meanwhile, more than 3,000 rockets were fired from Gaza towards Israel in the escalating conflict, killing about 10 people in Israel, including two children and an Indian national.

This comes after US President Joe Biden, in a call with Israeli Prime Minister Benjamin Netanyahu on Monday, expressed his support for a ceasefire in the fighting between Israeli forces and Hamas group.

"The President expressed his support for a ceasefire and discussed US engagement with Egypt and other partners towards that end. The two leaders agreed that they and their teams would remain in close touch," according to a readout of the call released by the White House.

As the violence continues, calls for a ceasefire have been growing in the international community, with Egypt considered a key interlocutor in dealing with Hamas and negotiating with the Israelis on efforts to achieve a ceasefire.

Biden has faced increasing pressure from Democrats leading up to the call on Monday, particularly after an Israeli strike on a Gaza building that housed The Associated Press and other international media organisations.

Earlier, Biden had also spoken to Palestinian President Mahmoud Abbas and discussed the violence in Gaza, in which he called for Hamas, the authority's rival, to stop firing rockets into Israel.

Meanwhile, Netanyahu directed the IDF to push ahead with Operation Guardian of the Wall, reported The Times of Israel. "We will continue to act as necessary to restore peace and security to all residents of Israel," he added.

However, a diplomatic source familiar with Egypt's efforts to broker a ceasefire told The Times of Israel, "we're close" and that it could be reached in "two days maximum."

Senior Israeli officials told local media, ahead of a security cabinet meeting today, that calls for de-escalation are being heard and the Jewish country will move towards a ceasefire now that a number of military objectives have been accomplished against Hamas, as well as in response to the mounting international pressure.

Earlier this month, the escalation of the Israeli-Palestinian conflict started when the unrest began in East Jerusalem over an Israeli court's decision to evict several Palestinian families from the area. (ANI)