India to work with several countries including Maldives, Vietnam, Croatia to enable adaptation of CoWIN 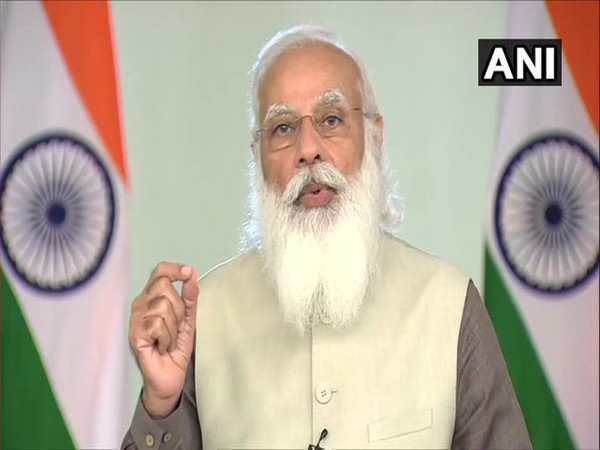 Addressing the delegates at CoWIN Global Conclave, PM Modi said, "This pandemic has made many people realize the fundamental truth of this philosophy. That's why, our technology platform for COVID vaccination - the platform we call Co-WIN - is being prepared to be made open-source."

ANI has learnt that several countries showed interest in the adoption Co-WIN platform. The Ministry of External Affairs (MEA) will work with the National Health Authority (NHA) for enabling the adaptation and adoption of the platform by these countries.

Vietnam, Lao PDR, Cyprus, Croatia, Sierra Leone, Zambia, Maldives, Malawi and Guyana are among the countries that have shown interest in the platform. It is also being offered to WHO's COVID Technology Access Pool (C-TAP).

Co-WIN Global Conclave was organised today to share the success story of Co-WIN digital platform, which forms the technological backbone of India's COVID-19 vaccination drive. India has offered the platform, which can be adapted and scaled up for health interventions across the world, to partner countries as a global public good.

MEA worked actively to facilitate record international participation at the conclave. More than 140 countries attended the conclave and there were 400 delegates from these countries. Besides this, representatives from European Commission and UN offices in India participated.

Other senior international participants spoke during the technical sessions. In their interventions, the ministers thanked India for organizing the conclave and found the discussions very informative. They said that this initiative could be useful for addressing health-related challenges in their own countries and expressed interest in collaborating with India to utilize the Co-WIN platform.

Prime Minister Modi conveyed that the conclave is the first step to introduce this platform to the global audience.

The conclave saw an in-depth technical session on Co-WIN with presentations on the development and impact of the platform, its architecture, roadmap for sharing Co-WIN and India's Digital Health Mission. (ANI)