Former Pakistan President Mamnoon Hussain died in Karachi on Wednesday after a prolonged illness. He was 80. 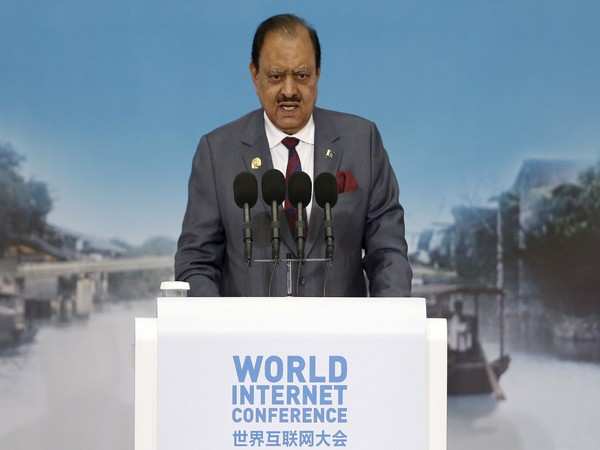 Karachi [Pakistan]: Former Pakistan President Mamnoon Hussain died in Karachi on Wednesday after a prolonged illness. He was 80.

Hussain, who was a PML-N loyalist, served as the 12th President of Pakistan from 2013 to 2018, Dawn reported. He was replaced by Asif Ali Zardari.

He was diagnosed with cancer in February last year and was under treatment at a private hospital in the city for some days where he breathed his last.

Hussain is survived by a wife and three sons.

PML-N President Shehbaz Sharif also shared sadness over Hussain's death. "Today, we have lost a valued person who loved Pakistan and had a good character," a tweet by the PML-N president's account quoted him as saying.

"May Allah bless his soul & give strength to the bereaved family to bear this irreparable loss, " he was quoted as saying by the ISPR. (ANI)