English club Arsenal on Monday condemned the racial abuse being faced by 19-year-old Bukayo Saka after he missed out on a penalty in the Euro 2020 final against Italy. 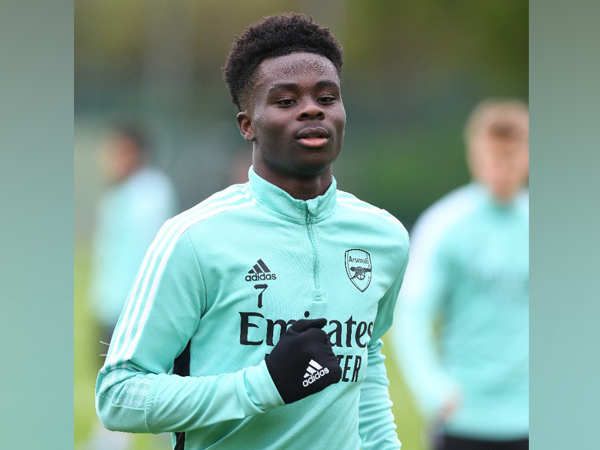 London: English club Arsenal on Monday condemned the racial abuse being faced by 19-year-old Bukayo Saka after he missed out on a penalty in the Euro 2020 final against Italy.

Italy ended England's dream to win the Euro 2020 here at the Wembley Stadium on Sunday (local time). Azzurri defeated England 3-2 on penalties after the normal 90-minute action had finished at 1-1 and even extra time was not able to break the deadlock.

Marcus Rashford, Jadon Sancho, and Bukayo Saka all missed the chance to net goals in the penalty shootouts. The English players were then abused on social media.

"Last night, we saw Bukayo Saka reach the Euro 2020 final at the age of 19 years old. Bukayo has been with us since he was seven and the whole club couldn't have been prouder to see him represent England throughout the tournament. You could feel it right across the club," said Arsenal in an official statement.

"Last night we witnessed the leadership and character we've always known and loved in Bukayo. However, this feeling of pride quickly turned to sorrow at the racist comments our young player was subjected to on his social media platforms after the final whistle. Once again, we are sad to have to say we condemn the racism of a number of black players. This cannot continue and the social media platforms and authorities must act to ensure this disgusting abuse to which our players are subjected on a daily basis stops now," it added.

Further in the statement, the Gunners said: "We have processes in place internally at Arsenal to ensure our players are supported both emotionally and practically on this issue but sadly there is only so much we can do. Our message to Bukayo is: hold your head high, we are so very proud of you and we cannot wait to welcome you back home to Arsenal soon."

The British Prime Minister said England players "deserve" to be lauded for their heroics and shouldn't be "racially abused" on social media.

"This England team deserve to be lauded as heroes, not racially abused on social media. Those responsible for this appalling abuse should be ashamed of themselves," Boris Johnson tweeted.

England's Football Association in the early hours of Monday morning also condemned racist abuse of players. "The FA strongly condemns all forms of discrimination and is appalled by the online racism that has been aimed at some of our England players on social media," an official statement read.

"We could not be clearer that anyone behind such disgusting behaviour is not welcome in following the team. We will do all we can to support the players affected while urging the toughest punishments possible for anyone responsible," it added. (ANI)