Young people in China have set off a nascent counter-culture movement that involves lying down and doing as little as possible and Beijing is not happy about it. 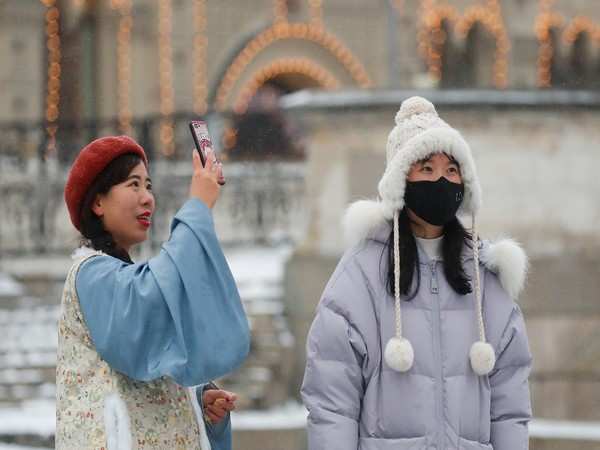 Beijing : Young people in China have set off a nascent counter-culture movement that involves lying down and doing as little as possible and Beijing is not happy about it.

Five years ago, Luo Huazhong discovered that he enjoyed doing nothing. He quit his job as a factory worker in China, biked 1,300 miles from Sichuan Province to Tibet and decided he could get by on odd jobs and USD 60 a month from his savings. He called his new lifestyle "lying flat", reported The New York Times.

"I have been chilling," Luo, 31, wrote in a blog post in April, describing his way of life. "I don't feel like there's anything wrong."

He titled his post "Lying Flat Is Justice," attaching a photo of himself lying on his bed in a dark room with the curtains drawn. Before long, the post was being celebrated by Chinese millennials as an anti-consumerist manifesto. "Lying flat" went viral and has since become a broader statement about Chinese society.

Elsie Chen, writing in The New York Times explained that to lie flat means to forgo marriage, not have children, stay unemployed and eschew material wants such as a house or a car. It is the opposite of what China's leaders have asked of their people.

A generation ago, the route to success in China was to work hard, get married and have children. The country's authoritarianism was seen as a fair trade-off as millions were lifted out of poverty.

But with employees working longer hours and housing prices rising faster than incomes, many young Chinese fear they will be the first generation not to do better than their parents.

They are now defying the country's long-held prosperity narrative by refusing to participate in it, wrote Elsie.

Luo's blog post was removed by censors, who saw it as an affront to Beijing's economic ambitions. Mentions of "lying flat" -- tangping, as it's known in Mandarin -- are heavily restricted on the Chinese internet. An official counter-narrative has also emerged, encouraging young people to work hard for the sake of the country's future.

"After working for so long, I just felt numb, like a machine," Luo said in an interview. "And so I resigned."

While plenty of Chinese millennials continue to adhere to the country's traditional work ethic, "lying flat" reflects both a nascent counter-culture movement and a backlash against China's hyper-competitive work environment, reported The New York Times.

Xiang Biao, a professor of social anthropology at Oxford University who focuses on Chinese society, called tangping culture a turning point for China.

"Young people feel a kind of pressure that they cannot explain and they feel that promises were broken," he said. "People realize that material betterment is no longer the single most important source of meaning in life", said Xiang.

The ruling Communist Party, wary of any form of social instability, has targeted the "lying flat" idea as a threat to stability in China.

In May, China's internet regulator ordered online platforms to "strictly restrict" new posts on tangping, according to a directive obtained by The New York Times.

The state news media has called tangping "shameful," and a newspaper warned against "lying flat before getting rich", reported The New York Times. (ANI)