Beijing [China], May 30 (ANI): After the new census showed a fall in the fertility rate of China, the People's Liberation Army (PLA) is facing a significant challenge as it seeks to fill the need of hundreds of thousands of new recruits each year, being the world's largest military. 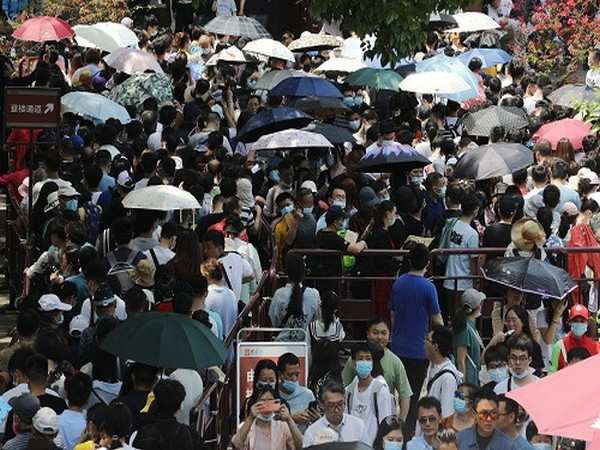 Beijing [China], May 30 (ANI): After the new census showed a fall in the fertility rate of China, the People's Liberation Army (PLA) is facing a significant challenge as it seeks to fill the need of hundreds of thousands of new recruits each year, being the world's largest military.

China's once-a-decade census, released this month, showed that 12 million babies were born in the last year, the lowest since 1961, during the Great Famine, reported South China Morning Post (SCMP).

The country's move to loosen China's one-child policy in 2016 and allow people to have a second child had failed to reverse the country's falling birth rate. The census showed China's 2020 fertility rate was 1.3 children per woman, which is below the replacement level of 2.1 needed for a stable population.

Military expert Antony Wong Tong said that many mainland military officials and observers had voiced concerns about the impact of the one-child policy on the military since 1993. Professor Liu Mingfu from the PLA National Defence University in 2012 warned that at least 70 per cent of PLA soldiers were from one-child families, and the figure rose to 80 per cent among combat troops.

"We could find the PLA has recruited more female soldiers in the past decade - a popular approach adopted by developed countries facing a shortage of new blood," Wong said.

The gathering pace of the PLA's modernisation has given its instructors and recruiters the challenge of how to train a newer breed of soldier, SCMP reported citing experts.

Chinese media reported that rather than only orders and scolding, China's military has also brought in therapy sessions by professional psychotherapists since 2011 to ease stress.

Physical fitness has been another tough challenge for the PLA since the military shifted its recruitment targets from peasants' children to rural youth with a higher education level in 2000.

The military recruited more than 120,000 college graduates in 2009 - the highest since 1949 - to command and operate increasingly advanced and sophisticated weapon systems, SCMP reported.

Even after postponing the results of the once-in-a-decade census for a month, the Chinese government was unable to fully cover up the alarming demographic situation that the country is facing.

According to the seventh nationwide census of 2020, China's population has grown by merely 5.38 per cent over the last 10 years. China's birthrate has been on the decline since 2017, despite easing of the 'one-child policy' in order to avert an incoming demographic crisis.

China's one-child policy, implemented in 1979 and withdrawn in 2016, had exacerbated the practice of sex-selective abortion in favour of boys, said Jiang Quanbao, a demography professor. (ANI)