China's disrespect for the personal freedom of people has become one of the topmost reasons for fading Beijing prestige under President Xi Jinping. 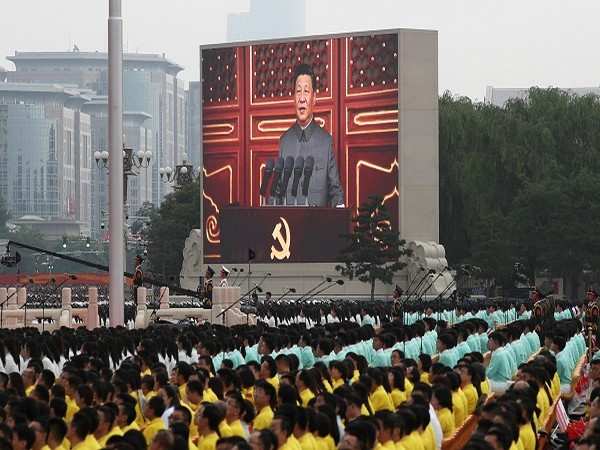 Taipei: China's disrespect for the personal freedom of people has become one of the topmost reasons for fading Beijing prestige under President Xi Jinping.

A poll released last week by the Pew Research Center showed that an average of 69 per cent of respondents in 17 developed economies -- the highest ever -- hold a negative view of China, mainly because Beijing does not respect people's personal freedom. Almost 80 per cent have no confidence in Xi's handling of world affairs, an all-time low, reported Taipei Times.

The Taiwanese Public Opinion Foundation also released a poll, in which, on a scale from zero to 100, the average "temperature" of Taiwanese people's feelings toward the Chinese Communist Party (CCP) is 32.21 degrees. Michael You, who conducted the poll, said that "this is very cold, near-freezing" (if the temperature is measured in Fahrenheit).

It is common for authoritarian countries to experience such a wide gap between their self-perception and global opinion.

As per Taipei Times, Xi's speech in Tiananmen Square on July 1, while celebrating CCPs 100th anniversary provided the answer. He loftily declared that China has never bullied, oppressed or enslaved other people, not in the past, not now, and not in the future, and that China is a force for world peace.

Historically, China has annexed and exterminated other nations and expanded its territory. It went to war with Vietnam during late Chinese paramount leader Deng Xiaoping's rule and now Xi is militarising the South China Sea, turning it into Chinese waters, reported Taipei Times.

None of this is the "kingly way," nor is it peaceful. Although Xi's words provoked cheers and applause from the audience, they were, as Germany's largest newspaper, Bild, said: "shameless lies."

This also confirms what Chloe Zhao, the winner of this year's Academy Award for best director, said in 2013: China is "a place where there are lies everywhere."

39-year-old Zhao was referring to China when she was a teenager, which shows that China under the CCP has been filled with lies for decades. Xi ignores this and continues to play hardball and serve up lies, which is insincere and unconvincing.

A country whose leaders tell blatant lies is not seen favourably internationally. More importantly, the world is watching as China is doing it. China has long languished at the bottom of the global rankings for freedom, human rights and democracy.

The CCP has monopolised power and led the government as well as the military, causing the deaths of tens of millions of Chinese since it came to power, reported Taipei Times.

Despite China's rising economic and military power, the Chinese people have not been able to enjoy personal freedom, and this is what the rest of the world finds most difficult. The history of the CCP is a history of Chinese human rights violations.

As a representative of the New Power Party said, the CCP "has the blood of the Chinese people on its hands."

China is now reaching outward for more. It is bullying Taiwan and it has not let up during the pandemic, instead of continuing its military harassment and cognitive warfare, in addition to a COVID-19 vaccine blockade.

It has reneged on its international commitment to upholding the "one country, two systems" model in Hong Kong, which would have allowed the territory's legislative and economic system, including its human rights, to remain unchanged until 2047.

The people of Hong Kong have been deprived of the freedoms of assembly and expression.

In Xinjiang, Beijing has created what are euphemistically called "re-education camps" and imprisoned millions of Uyghurs in what amounts to genocide. People in advanced countries are convinced that what Beijing is doing is wrong, so of course, they dislike China, reported Taipei Times.

Considering China's recent international setbacks, the party's celebrations show that it is not as strong as its outward appearance might imply. In addition to the negative public view of China highlighted by the Pew and Taiwanese polls, its vaccine diplomacy is also being challenged.

The efficacy of Chinese COVID-19 vaccines is being questioned in Association of Southeast Asian Nations (ASEAN) countries -- a main Chinese focus -- where acceptance of the vaccines is low, and the people in these countries are more inclined to accept US and European vaccines that are manufactured in Vietnam and Thailand.

China's frequent use of these vaccines as a tool for diplomatic rewards and punishments, coupled with the sovereignty dispute over the South China Sea, have all contributed to the failure of its "vaccine diplomacy" in Southeast Asia, reported Taipei Times.

An even more obvious case in point is China's "wolf warrior" diplomacy. Beijing has imposed economic sanctions on Australia for its position on an independent investigation into the origins of the pandemic, and it has threatened to cut off vaccine supplies to Ukraine if it continues to criticise the Uyghur genocide in Xinjiang, reported Taipei Times. (ANI)