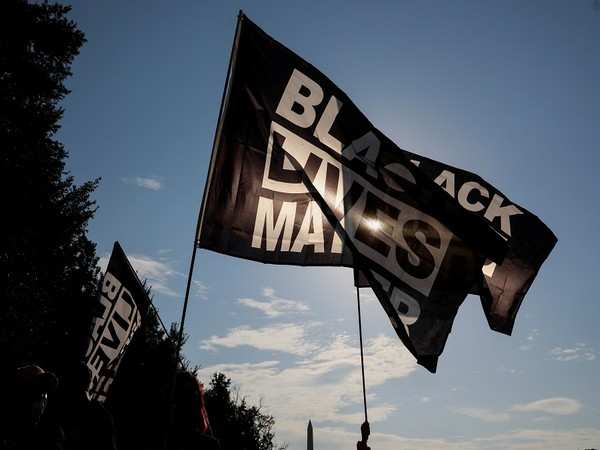 "Law enforcement officers, including Plaintiffs, were forced to physically pass and confront the Mural and its offensive, discriminatory, and harassing iconography every time they entered the Palo Alto Police Department," the lawsuit obtained by the Post stated, reported The Hill.

According to the lawsuit, law enforcement officials had previously alleged that the mural violated California's Fair Employment and Housing Act but was met with resistance from the city.

"[Palo Alto] ratified the conduct and insisted that it remain and persist," the lawsuit says.

The National Police Association in July of 2020 reportedly urged the city to remove the mural, saying it was an "atrocity" to have an image of Chesimard in front of city hall.

The mural reportedly featured an image of Joanne Chesimard, also known as Assata Shakur, who was convicted in 1973 of killing a New Jersey state trooper.

An image of the logo for the New Black Panthers was reportedly included in the mural. The organisation has been identified by the Southern Poverty Law Center as a hate group, the news outlet reported.

It was painted in front of Palo Alto City Hall in June of 2020 following George Floyd's murder that created the Black Lives Matter movement in the US against racial injustice.

He was killed by Minneapolis police officer Derek Chauvin, who kneeled on his neck for more than nine minutes, which was captured on video footage in May 2020 and triggered nationwide demonstrations for racial justice.

Later Chauvin was convicted for murdering Floyd and has been sentenced to 22.5 years in prison.

Meanwhile, Molly Stump, the city's attorney, told the news outlet that Palo Alto has not been served with the lawsuit. (ANI)