'Atrocious act': US condemns execution of 22 Afghan soldiers by Taliban

The United States on Wednesday confirmed the authenticity of footage showing Taliban terrorists executing the 22 unarmed Afghan commandos, and condemned the "atrocious act", calling it an outrageous sight. 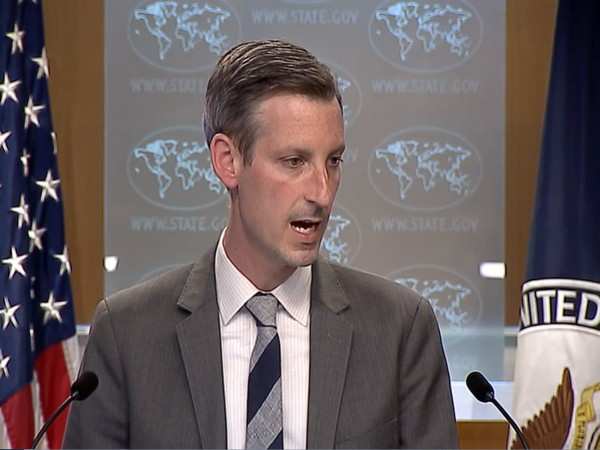 Washington [US]: The United States on Wednesday confirmed the authenticity of footage showing Taliban terrorists executing the 22 unarmed Afghan commandos, and condemned the "atrocious act", calling it an outrageous sight.

The video in which Taliban terrorists were seen firing upon members of the Afghan Special Forces unit, was posted by CNN.

The killings reportedly took place on June 16 in Faryab province, in the north of Afghanistan close to Turkmenistan. The Taliban, in the meantime, denied the executions.

"The video - which I should say we don't have any reason to doubt - depicts horrifying scenes, the killing - in this case - the slaughter of unarmed individuals is an atrocious act, an outrageous sight and of course, we condemn it," Sputnik quoted US State Department spokesman Ned Price as saying.

Refuting the CNN report, Taliban spokesperson Suhail Shaheen said that CNN report claiming that the "Mujahideen the Islamic Emirate" has killed commando soldiers after surrendering is not true. "A fake scene has been montaged with another scene of 22 commandos who had been killed during fighting in Faryab province," Suhail Shaheen tweeted.

He claimed that the two scenes have been photoshopped and montaged, for the preparation of the report.

As the Taliban have taken control of several districts across the country, US intelligence assessments have suggested the country's civilian government could fall to the terror group within months of US forces withdrawing. (ANI)