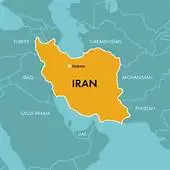 GENEVA:Fourteen Baha'is including thirteen youth were arrested yesterday in the northern Iranian city of Qaemshahr, Mazandaran province, and detained at the Sari intelligence office. Most of the arrests occurred at a private home where the youth were studying and discussing together the role of education in social progress. No information has been released regarding the charges these young Baha'is may face.

The arrests are the latest in a month-long crackdown against Baha'is across the country by the Iranian government. Authorities have targeted Baha’is in 245 incidents of persecution over the past 32 days, the Baha'i International Community (BIC) can confirm, with arrests and imprisonment, the destruction of homes and confiscation of properties, raids on private and business premises, beatings, the denial of medication to detainees and the denial of higher education to more than one hundred young people.

“How ironic that these youth were arrested while studying and discussing the role of education, when they themselves had all been denied access to higher education by the Iranian authorities”, said Simin Fahandej, Representative of the BIC to the United Nations in Geneva. "The Iranian government’s cruelty breaks every measure. Not only does it deprive these youth of entering universities and developing their intellectual capacities, it also denies them the simple right to gather as young people to discuss issues of importance to their generation.”

Iran has systematically persecuted the Baha'i community since the 1979 Islamic Revolution. More than 200 Baha'is were killed after the Revolution and a 1991 policy document signed by the Supreme Leader, Ayatollah Ali Khamenei, called for the progress and development of the Baha'i community to be "blocked"—including by barring young Baha'is from attending Iranian universities. And a 2006 letter from the Ministry of Science, Research and Technology, sent to 81 Iranian universities, said that if any students “are identified as Baha’is, they must be expelled from university”.

The Universal Declaration of Human Rights and Article 18 of the International Covenant on Civil and Political Rights, both signed by Iran, entitled Baha’is to manifest and practice their beliefs and to pursue education and the essentials of life.

A day earlier, on 30 August, legal appeals by 25 Baha'is to the 37th branch of the Fars province Court of Appeals were denied and their severe sentences upheld. The 25 people were first sentenced in June in Shiraz, and now face a combined total of almost 80 years in prison.