New Delhi [India], June 9 (ANI): Former India opener Virender Sehwag on Wednesday launched CRICURU -- India's first experiential learning app aimed at redefining the cricket coaching experience in the country. The former batsman went on to say that he would have definitely benefited had there been such platforms during his time as an India cricketer as it would help in improving his mindset. 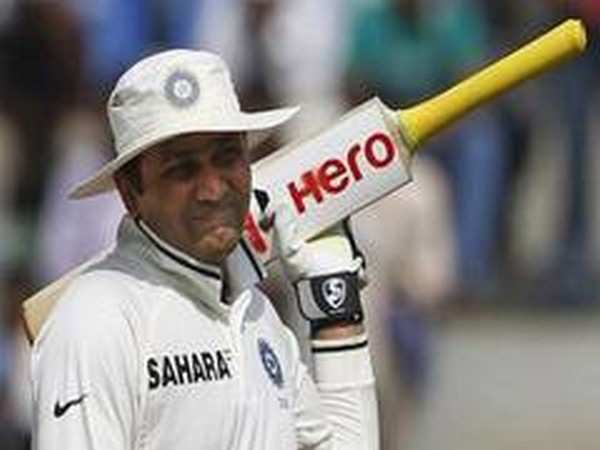 New Delhi [India], June 9 (ANI): Former India opener Virender Sehwag on Wednesday launched CRICURU -- India's first experiential learning app aimed at redefining the cricket coaching experience in the country. The former batsman went on to say that he would have definitely benefited had there been such platforms during his time as an India cricketer as it would help in improving his mindset. "What I realised with time at the international level is that mindset is very important to succeed. 99 per cent of the times when I have been dismissed, it is because of my mindset. In looking to hit the ball in a certain area or to hit a boundary or a six, I have perished quite a few times as I didn't play the ball according to the merit. This is a knowledge which I wanted to share with budding cricketers," he told ANI. Sehwag said he would have loved to know the mindset of some of the top current India players and how they keep performing at the highest level. "There are many players like Virat Kohli and Rohit Sharma. Jasprit Bumrah as a bowler, would love to know his mindset. Would like to know how he thinks like I spent a lot of time with Zaheer Khan, Ashish Nehra and Harbhajan Singh even Javagal Srinath and came to know how they thought and planned. If you know the mindset of the bowler, you can prepare even better," he said.

CRICURU is a pioneer in AI based cricket coaching in the country aimed at offering a personalised learning experience for its users. The curriculum for each player has been developed personally by Sehwag along with Sanjay Bangar. So how did the idea to launch a platform like this come to him? Sehwag said: "The idea first came in 2003-04 that I would want to develop an online coaching application through which Indian citizens living in places like America and Europe can connect with me and learn from me. But technology wise I didn't know too many people back then and didn't have as much knowledge. Then in 2006/07 I joined hands with Sports Mechanics and took 25 per cent stake in it to help launch the application through it. We kept at it since 2007, but it didn't work out. Many players were playing at that point and didn't agree to come onboard. Then I met Sanjay Bangar and finally we are here." But will the top coaches be always available for one-on-one sessions? Sehwag thinks it is all about planning well and taking appointments in advance. "The 'dial a coach' option could be an issue at times. Say for example, if someone wishes to speak to me, then that will have to be done in accordance with my schedule which I will obviously make available to the platform in advance -- say four or five or six slots in a months. Time slots will have to be planned well by the student through the app, be it me or Bangar or Brian Lara or AB de Villiers among others as everyone has a schedule," he said. But Sehwag believes the app could be a brilliant source of sharing knowledge for current first-class cricketers who aren't caught up with their schedules. "First-class cricketers who have time available would be best suited for the daily interactions. And definitely, the players who aren't playing much can come in and pick their own fee for the coaching classes. Every coach will have his own fee as decided by him. There is absolute transparency," he said. The former India batsman feels the app will help kids realise their dreams of learning from the very best. "Every kid has a dream of meeting cricketers, talking to them and taking autographs. We are taking it a step further so that kids can learn from them in the app. I saw Sachin Tendulkar on television and tried to learn from him. But if there was an app which would help me learn from him, maybe I could have learnt more. Or if I could discuss about mindset before playing at the international level, it would have helped further," he said. Interestingly, while a lot of video footages are available these days, former India batting coach Bangar said not all players like to watch footages. "It is a personal choice. While someone like Shikhar Dhawan likes to watch a lot of footages, someone like Kohli wouldn't always want to. It depends from person to person, but having the option and the footages available definitely makes the job easier," he said. (ANI)