Indian ace tennis player Sumit Nagal has qualified for the upcoming Tokyo Olympics on the basis of withdrawals in the men's singles. 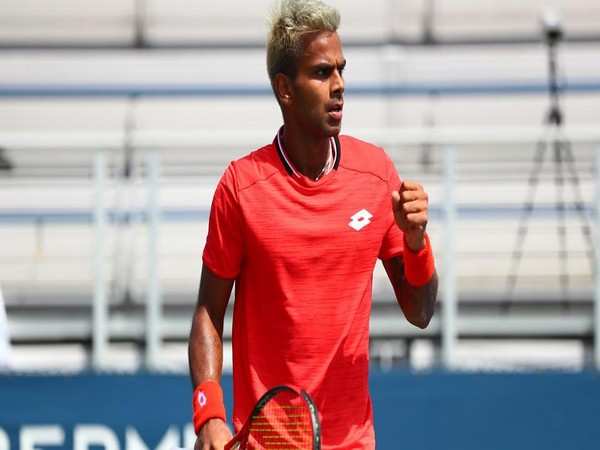 New Delhi : Indian ace tennis player Sumit Nagal has qualified for the upcoming Tokyo Olympics on the basis of withdrawals in the men's singles.

All India Tennis Association (AITA) Secretary General Anil Dhupar confirmed to ANI that Sumit Nagal has qualified on the basis of withdrawals. "Yes, he has qualified but we have to look at many things. Due to withdrawals, Sumit Nagal has become eligible this mail we have got, now we will talk to Sumit. We are already in the process, will talk to him if it's possible for him because the notice is very short. If it works for him accordingly, we will respond to the concerned authority," he added.

If Sumit manages to fly to Tokyo, then the Indian tennis contingent will represent the nation in two events as earlier this month, Sania Mirza and Ankita Raina were confirmed to represent India in women's doubles at the upcoming Olympics after entries were officially announced.

Sania is now set to become the first female athlete to represent India at four Olympics when she features at the Tokyo 2020, slated to get underway from July 23 while Ankita Raina will be making her debut at the showpiece event. (ANI)