Basketball powerhouse Team USA is defeated for the second game in a row in Tokyo 2020 warm-up series as they fall 91-83 to Australia on Monday at Mandalay Bay's Michelob Ultra Arena here in Las Vegas. 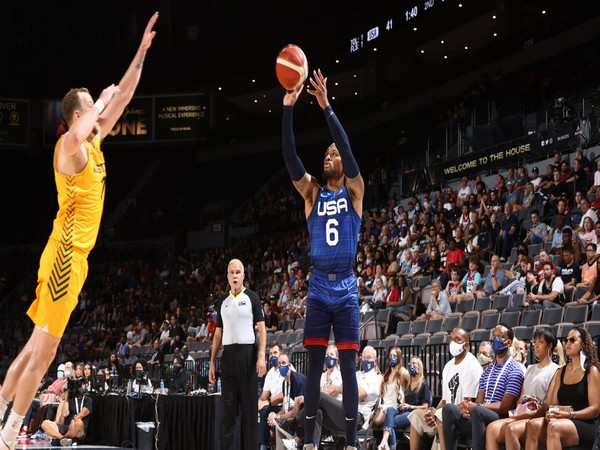 Nevada : Basketball powerhouse Team USA is defeated for the second game in a row in Tokyo 2020 warm-up series as they fall 91-83 to Australia on Monday at Mandalay Bay's Michelob Ultra Arena here in Las Vegas.

This loss comes three days after the Americans were beaten by Nigeria in one of the biggest upsets in men's international basketball play. The overwhelming favourites to win the gold medal in Tokyo, Team USA had lost just four times since the 1992 Dream Team and had a record of 54 wins and two losses in exhibition games before the back-to-back defeats, as per Olympics.com.

Australia, which has seven NBA players on its current 14-man roster, was led by Patty Mills' 22 points. Point guard Damian Lillard led the U.S. with 22 points, including 16 in the first half, while Kevin Durant scored 17.

Team USA began the second of the five Olympics warm-up games with a spring in their step. They won the first two quarters to finish the first half with a nine-point lead. Damian Lillard led the way in the first half with 16 points, while Australia struggled to find any real offensive because of Team USA's defensive pressure and intensity.

But Australia bounced back in the third quarter to take a five-point lead. The fourth quarter continued along the same lines as the third with lots of end-to-end play. But the away side were finally able to overwhelm the defence of Team USA because of Patty Mills pace as the 32-year-old scored a clutch nine points in the fourth quarter. Australians went on an 11-1 run to end the game 91-83.

Team USA still remains without three players -- Devin Booker of the Phoenix Suns, Khris Middleton and Jrue Holiday of the Milwaukee Bucks -- who are still playing in the NBA Finals.

Australia had beaten the USA men's basketball team just twice ever before this match. The U.S. is right back in action Tuesday against Argentina, FIBA's fourth-ranked team that lost to Nigeria 94-71 on Monday.

Team USA faces France in their opening match at the Olympic Games on 25 July, while Australia takes on Nigeria on the same day. (ANI)