Spin bowling has been worry for India after Kuldeep, Chahal stopped playing together: Agarkar

Former India pacer Ajit Agarkar feels spinner Kuldeep Yadav needs to regain form and get his confidence back if he wants to claim a spot in the T20 World Cup squad. 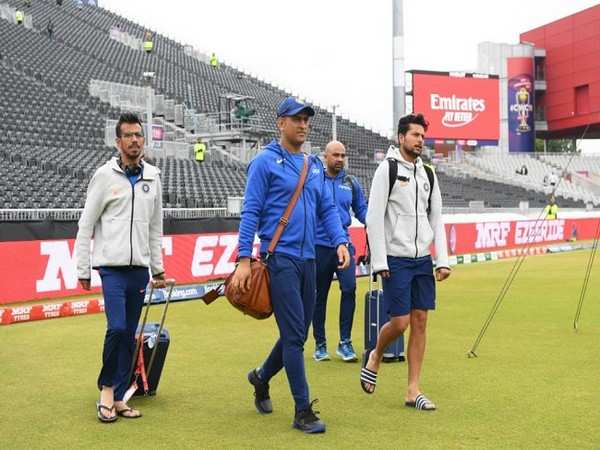 Mumbai: Former India pacer Ajit Agarkar feels spinner Kuldeep Yadav needs to regain form and get his confidence back if he wants to claim a spot in the T20 World Cup squad.

Sri Lanka and India will lock horns in three ODIs and as many T20Is from July 18 after the series was rescheduled last week.

Kuldeep last played for India in a T20I match in January 2020 and Agarkar admitted that it was a little "unfair" on the spinner. "Sometimes I feel that it was a little bit unfair on him (Kuldeep) to miss out on series. But he needs to get his confidence back and start bowling well. Both him and Chahal know there are guys behind them and if you have a competition, the team will do well," said Agarkar in a virtual press conference.

"Spin has been a little bit of a worry for India, especially after Chahal and Kuldeep stopped playing together but there are players like Rahul Chahar, Varun Chakraborty and if those guys can do well, it will give more options to Virat Kohli.

"T20 World Cup is not too far away so it is a good opportunity for the guys to put pressure on players who are already in the team to make their case. These performances won't get unnoticed," he added.

Surya had a good start in international cricket as he set the T20 stage on fire after hitting a fifty-plus score in just his second T20I against England earlier this year. Ishan Kishan too had blast on debut as he slammed a fifty in the first match.

"Suryakumar looks front runner to me this point, one or two performances do not necessarily cement your place but he has been a versatile player. He started his T20 career in the IPL lower down the order and has progressively moved up," said Agarkar.

"Ishan Kishan had a really good last IPL and had fifty on a debut too. I am only taking two names because there are lots of names in the list but these are the two guys who played and did well in the T20I for India," he added.

The former India pacer feels the players who are more consistent in the upcoming white-ball games might get a spot in the World Cup squad.

"There are always those two or three slots the guys are fighting for, and that's why it becomes a lot more important for the consistency coming up ahead of the World Cup.

"It's an opportunity for these guys to cement their place and there is an IPL as well, so there are lots of opportunities coming in especially in white-ball cricket. The players who are more consistent than others will get a chance, looking at what team management plans are," said Agarkar while replying to a query from ANI.

Hardik Pandya has in recent times stuck to playing as a finisher both in the national team and Mumbai Indians however he did bowl in the white-ball series against England in March.

Agarkar feels even if Hardik gets to bowl two or three overs, it will solve a lot of problems for Virat Kohli while selecting a perfect combination for the T20 World Cup squad.

"I hope he starts bowling, I am not sure why he stopped bowling in the IPL because he bowled in the last ODI against England in March. So if there is an injury hopefully it has been sorted," said Agarkar.

"His bowling gives a lot of balance to the team. He can play as a pure batsman but you need Hardik to bowl, you saw in England series when he couldn't bowl earlier on, how much pressure was on Indian bowlers.

"You need a sixth option and Hardik is an ideal one, he is seam bowling all-rounder. Hopefully, he bowls, because him bowling will solve a lot of problems for Virat Kohli," he added.