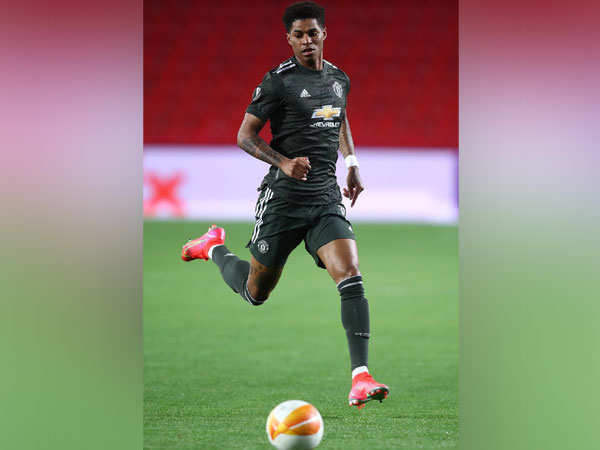 United won the first leg of the Europa League quarter-final by 2-0 against Granada. Rashford opened the scoring for visitors as he netted the ball in the 31st minute of the match before the late penalty strike by Bruno Fernandes in the closing minutes of the clash.

The 23-year-old's latest strike in continental competition has seen him emulate former Red Devils midfielder Charlton, who is widely regarded as one of the finest players to ever play for the club.

Rashford now has eight goals to his name in Europe this season, having played a combined total of 11 matches in the Europa League and Champions League.

The talented young striker is the first English player to achieve that feat since Charlton way back in the 1964-65 season.

Rashford had recorded six goals in the Champions League and just one in the Europa League prior to United's trip to Granada. (ANI)