New Zealand confirms their largest ever team to Tokyo Olympics

The New Zealand Team for the Tokyo Olympic Games has been finalised at 211 athletes which is their largest-ever team for the showpiece. 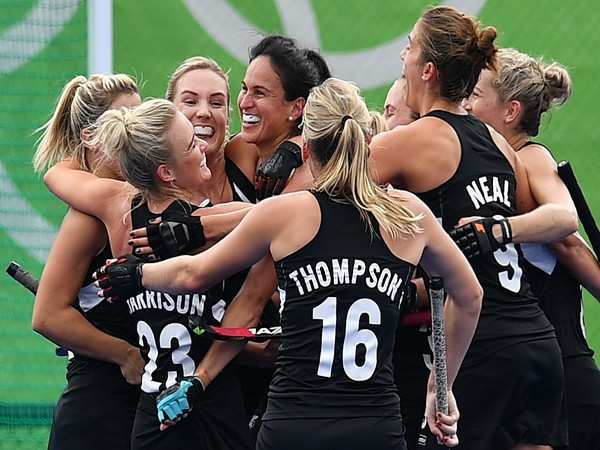 Wellington : The New Zealand Team for the Tokyo Olympic Games has been finalised at 211 athletes which is their largest-ever team for the showpiece.

New Zealand, a nation with a population of 5.1 million, will be represented strongly at the Tokyo 2020 by the team of 101 females and 110 males. They will be set to compete in more than 700 competition sessions across 22 sports, including the new Olympic disciplines of karate and surfing. It will be New Zealand's largest-ever number of female Olympians, narrowly eclipsing the 100 females who competed at Rio 2016. 33 of the 211 New Zealand athletes are of Maori descent as per the New Zealand Olympic Committee.

The youngest athlete in the team is 17-year-old swimmer Erika Fairweather who is in her final year of High School at Dunedin's Kavanagh College. At 51-years-old, equestrian jumping athlete Bruce Goodin is the oldest team member.

For the first time ever, both a male and female athlete will carry the flag for New Zealand at the Opening Ceremony. Black Ferns Sevens Captain Sarah Hirini and two-time Olympic champion Hamish Bond will have the honour of leading the team into the Olympic stadium.

Auckland has produced the largest percentage of the Tokyo Olympians with 52 of the team hailing from the region. The Bay of Plenty comes in second with 25 athletes, and Canterbury third with 23. The Waikato and Wellington are tied for fourth on 19 athletes each.

118 of the athletes will be first-time Olympians, while the other 93 have already been to one or more Games. Dame Valerie Adams will create history, becoming the second-ever New Zealand female to attend five Olympic Games.

NZOC Chef de Mission Rob Waddell paid tribute to the athletes' perseverance. "This Olympic buildup has been extremely challenging and unique," said Waddell in a release. "I'd like to thank all 211 athletes for the grit and determination they've shown to make it to these postponed Games. We're extremely proud of the team and the way they've handled all the uncertainty. It's now time to focus on wearing the fern and representing New Zealand to the best of our abilities in Tokyo."

Waddell and the advance team arrived in Tokyo late last week and began setting up the New Zealand Team area in the Olympic Village. New Zealand athletes have begun arriving in Japan with football and canoe slalom the first on the ground. The first athletes into the village will be the women's football team, arriving on July 17th. They will also be the first athletes in action, taking on trans-Tasman rivals Australia on July 21st. (ANI)