Jose Mourinho not to blame for lack of Spurs appearances, says Dele Alli

Tottenham Hotspur FC forward Dele Alli 'blames himself' and not Jose Mourinho for his lack of appearances in a Spurs shirt over the last 12 months. 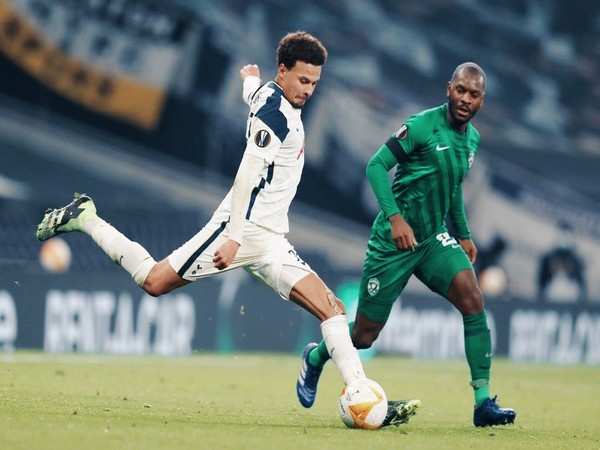 London: Tottenham Hotspur FC forward Dele Alli 'blames himself' and not Jose Mourinho for his lack of appearances in a Spurs shirt over the last 12 months.

The England international was on the pitch for just 233 minutes under Mourinho in the 32 league matches, costing him a place in the England squad for Euro 2020. But interim boss Ryan Mason, a former teammate of Alli, restored him to the starting line-up towards the end of the 2020/21 campaign.

"The only person I blame is myself," Alli told Goal.com. "I should be performing at a level where it is difficult to not put me in the team or not play me. I don't blame anyone but myself. Working with Mourinho was a great experience and one I learned a lot from."

Spurs have been without a boss since they sacked Mourinho on April 19 but the wait ended after former Wolves manager Nuno Espirito Santo signed a two-year deal at the North London club on Wednesday. Nuno left Molineux at the end of last season and stays in the Premier League after incoming football managing director Fabio Paratici persuaded chairman Daniel Levy to give him the job.

Despite the troubles with Mourinho, the 25-year-old is keen to show under new head coach Nuno Espirito Santo exactly what he can do. "He [Nuno] has done a great job at Wolves," he says. "I am looking forward to speaking to him and working with him. He is a great manager and it is exciting times," Dele said.

"I want to make this year one of the best I have had. A lot of people have said I need to find the form I was in a few years ago. For me, I don't even want to get to that, I want to go past that and reach my full potential to be the best player I can be," he added. (ANI)