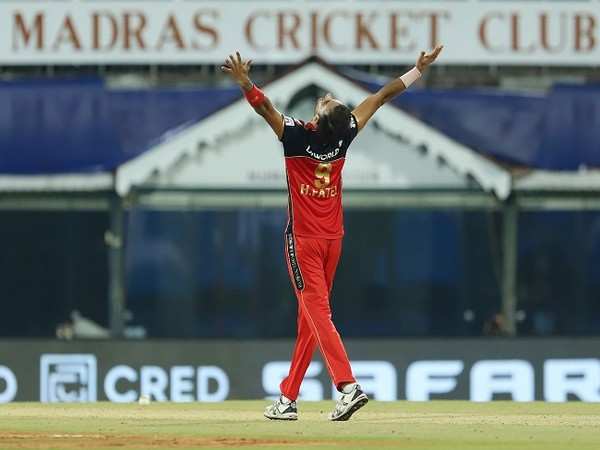 Harshal Patel on Friday became the first-ever bowler to take a five-wicket haul against Mumbai Indians in the IPL. The 30-year old cricketer picked five wickets (three in the final over) to restrict Mumbai Indians to 159 runs in the allotted 20 overs.

"Those last six overs for us with the ball were probably the best we've ever had. Harshal is relishing the role. He is going to be our designated death bowler. Very confident about what he wants to bring to the table and as a captain you want someone with that clarity," Kohli told hosts' broadcaster Star Sports after the win..

"In T20 cricket that's all you ask from the bowler. And the wickets that he got weren't fluke wickets. He actually wanted the guys to hit the ball where he wanted them caught," he added.

In response, RCB got over the line on the last ball, courtesy of some fine hitting by AB de Villiers in the death overs.

"Last time we won the first game we played as well. It was important to play against the strongest opposition to test the depth of your team. Everyone got involved, everyone's got game time," said Kohli.

Both teams struggled to get going in the middle overs and RCB skipper Kohli admitted that it was difficult to go out all guns blazing right from the word go.

"Lot of options in the kitty which helped bring the game back. To be honest, the pitch was looking decent in the first half. I thought the dew might help, but as the ball got slower the ball got slower and the length ball got difficult to get away. That's why all those partnerships were crucial," said Rohit.

"It's not a ground where you can hit through the line unless the situation demands it. It's not going to be that momentum that you see in the IPL. especially in Chennai. The shot that Pollard got out to, invariably in Wankhede and a couple of other stadiums that's sailing into the stands," he added.

Glenn Maxwell played some sensational shots but debutant Rajat Patidar failed to leave a mark in the IPL 2021 opening game.

"Maxi we wanted him to bat at 4. Rajat he's solid, an exciting prospect, plays spin well. We want Maxi to come in after a nice set u, but even if we lose early wickets he becomes a different player. You saw today, he's a different player with 10-15 balls behind him," said Kohli.

"Changed the momentum for us in the middle overs. It's a difficult one, AB is probably the only player who's so versatile and can do what he did on slow pitches today, so we have to understand," he further said.

"If there's a partnership on, you might see a totally different order. But in a tricky chase you want some options in the back end, where the opposition thinks it's not over till he gets out," Kohli added.

RCB will next lock horns with Sunrisers Hyderabad (SRH) on Wednesday. (ANI)