Indian-American Samir Banerjee on Saturday stormed into the finals of the Wimbledon Junior Men's final. 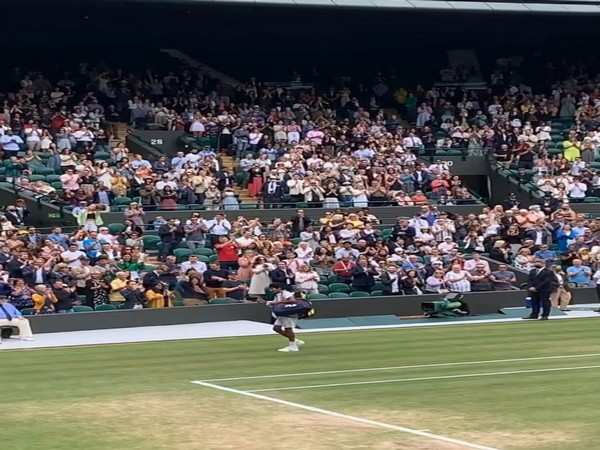 London: Indian-American Samir Banerjee on Saturday stormed into the finals of the Wimbledon Junior Men's final.

The first set between both these two tennis players went back and forth, but in the end, Banerjee managed to hold his own to win the set.

Sascha then stormed right back into the match and he went on to win the second set 6-4, sending the match into the third and deciding set.

Banerjee then brought his A-game to the court and he ended up winning the match, entering the finals of Wimbledon.

On Sunday, the Wimbledon men's final will be contested between Novak Djokovic and seventh seed Matteo Berrettini.

Djokovic has already won the Australian Open and French Open this year and he has 19 Grand Slam titles to his name. (ANI)