Ind vs SL: We are very lucky to learn our cricket from Dravid, says Sanju Samson

Colombo [Sri Lanka], July 15 (ANI): Ahead of the Sri Lanka series, Indian wicket-keeper batsman Sanju Samson lavished praise on former skipper Rahul Dravid, who is coaching the side for the upcoming tour. 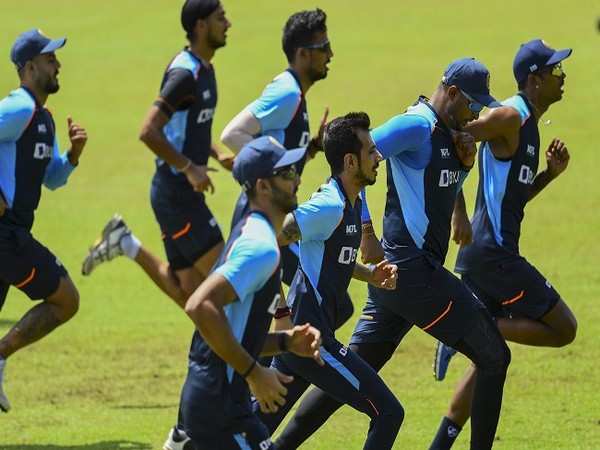 Colombo [Sri Lanka], July 15 (ANI): Ahead of the Sri Lanka series, Indian wicket-keeper batsman Sanju Samson lavished praise on former skipper Rahul Dravid, who is coaching the side for the upcoming tour.

India and Sri Lanka will lock horns in three ODIs and as many T20Is from July 18 after the series was rescheduled last week.

While Bhuvneshwar Kumar has been named vice-captain, Shikhar Dhawan will lead the team which will be coached by Dravid.

Samson talks about how Dravid is a 'great human being' and said the young players are lucky to have learned cricket from the skipper.

"Each and every individual in the India A side or the juniors going into the Indian team have been fortunate to go through a person called Rahul Dravid. We are very lucky to learn our cricket from him," Samson said on Star Sports' Show Follow the Blues

"I remember going to the Rajasthan Royals trials one day - I batted really well - and he came up to me and asked me a question 'can you play for my team?'. So, that was the biggest moment of my life, and I can never forget that. That shows how great a human being he is, and I really enjoy his company," he added.

Young batsman Devdutt Padikkal highlighted how awestruck he is by Dravid's down-to-earth nature. Padikkal said he can learn a lot from Dravid during the upcoming Sri Lanka tour.

"Being from the same school, the first time I actually met him was in one of our sports day events at school, where I had to present him with a bouquet - that is when I spoke to him for the first time. I have always been awestruck by how incredibly calm and gentle a human being he is," said Padikkal.

"To have achieved so much in cricket and to be so down to earth, humble and kind towards everyone is incredible to watch. To have him as our coach, you couldn't ask for anything more and to have a mentor like him beside you, it's just a great feeling, and hopefully, I can pick up a lot of things from him," he added.

Young fast bowler Chetan Sakaria spoke on how he wants to learn determination from Dravid. The Rajasthan Royals bowler said he wants to understand how Dravid troubled the Australian and England teams.

"I would want to learn how he was so determined when the opposing teams like Australia and England; played dominant cricket," said Sakaria

"I want to understand how he troubled them and how he could achieve so much with sheer determination. I want to learn and understand the process which goes behind that mindset," he added.