The Indian white-ball unit led by Shikhar Dhawan is leaving no stone unturned in preparing themselves for the upcoming white-ball series against Sri Lanka. 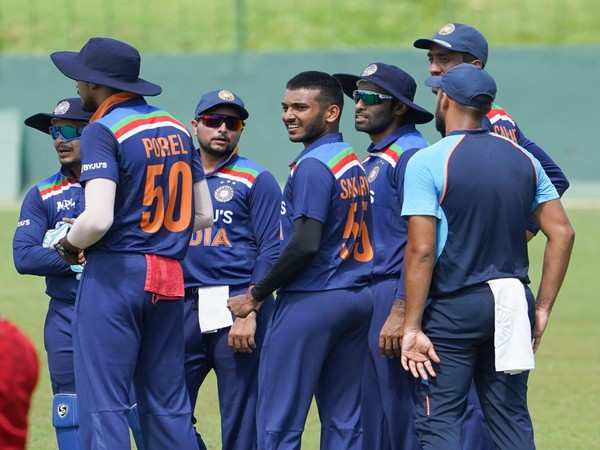 Colombo: The Indian white-ball unit led by Shikhar Dhawan is leaving no stone unturned in preparing themselves for the upcoming white-ball series against Sri Lanka.

The official Twitter handle of BCCI shared few snapshots from the game and it captioned the post as: "A good day in the field as #TeamIndia play their 2nd intra-squad game in Colombo."

India batsman Suryakumar Yadav on Tuesday said he is really excited to play under Rahul Dravid's coaching as the former India skipper is known to be calm and composed in the most difficult of situations.

Sri Lanka and India will square off in three ODIs and three T20Is, beginning July 13. While Bhuvneshwar has been named vice-captain, Dhawan will lead the team which will be coached by former India skipper and NCA head Dravid.

The likes of Sanju Samson, Ishan Kishan are also in the white-ball squad and many more youngsters are eyeing a debut for India in the Sri Lanka series.

"It is a great opportunity for everyone to have a tour amidst this situation (COVID-19 pandemic). It is a great challenge and responsibility for everyone to come out here and express themselves. The great thing is having Rahul sir around, we have heard a lot about him. This is my first tour with him but I have heard from many players that Rahul sir is very calm and composed when it comes to this role. I am very excited and looking forward to it," said Surya while replying to an ANI query during a virtual press conference. (ANI)