Ind vs Eng: Visitors to play warm-up game from July 20 against County Select XI in Durham

Virat Kohli-led Indian side will play a three-day warm-up match, beginning on July 20 against a County Championship XI to prepare for the upcoming Test series against England in August. 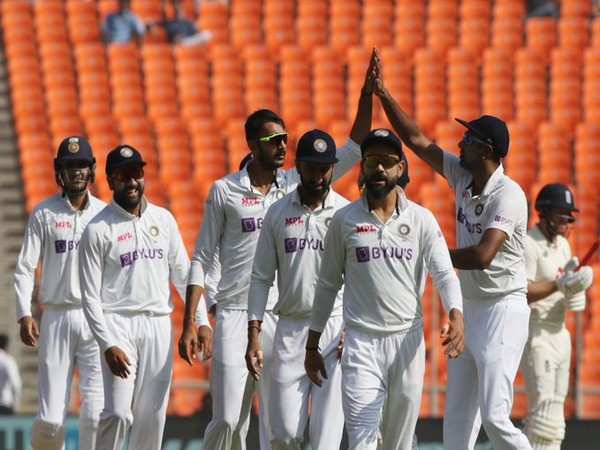 Chester-le-Street: Virat Kohli-led Indian side will play a three-day warm-up match, beginning on July 20 against a County Championship XI to prepare for the upcoming Test series against England in August.

The world number two Test side will use Emirates Riverside as a home venue for their preparations this summer and will get underway with a three-day game against a county select on July at 11 am (local time).

"Durham Cricket are delighted to announce that Emirates Riverside will host India against a County Championship XI as the tourists prepare for their test series against England later this summer," a release from Durham Cricket stated on Wednesday.

According to the statement, the three-day game will see a number of players from the county circuit feature as they go up against the Indian national side.

Play will get underway at 11 am on Tuesday with 90 overs scheduled per day with the game being played strictly behind closed doors.

Earlier in the month, ANI had reported that the Indian team will play a warm-up game from July 20 to 22 against a team that is being arranged by the England and Wales Cricket Board (ECB).

With the team wanting to test themselves in a practice game rather than two intra-squad games before the series gets underway, the BCCI spoke to the ECB and the same worked out.

While speaking to the media in the virtual press conference at the end of the World Test Championship final against New Zealand, Kohli had said his side wanted first-class games ahead of the series against England, but they have not been given that.

"Well, that doesn't depend on us. We obviously wanted first-class games, which I believe have not been given to us. I don't know what the reasons for that are. But yeah, other than that I think our preparation time will be ample for us to be ready for the first Test," said Kohli.

Also, India opener Shubman Gill has been ruled out for eight weeks after he suffered a shin injury post the final encounter at Ageas Bowl in Southampton. (ANI)