England and Liverpool midfielder Jordan Henderson on Monday said it hurts to lose the Euro 2020 as his team deserved to go all the way in the top-flight European competition. 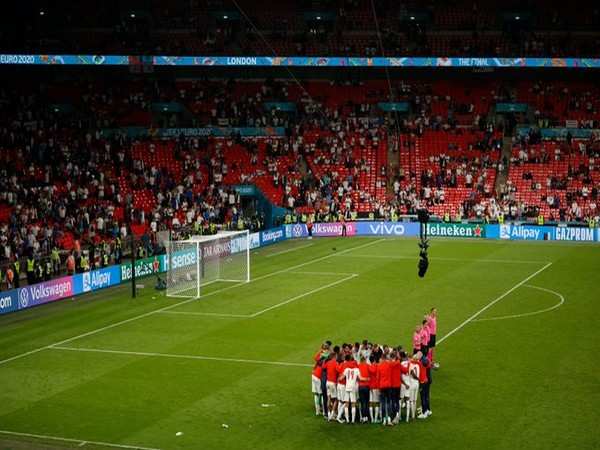 London : England and Liverpool midfielder Jordan Henderson on Monday said it hurts to lose the Euro 2020 as his team deserved to go all the way in the top-flight European competition.

Italy ended England's dream to win the Euro 2020 here at the Wembley Stadium on Sunday (local time). Azzurri defeated England 3-2 on penalties after the normal 90-minute action had finished at 1-1 and even extra time was not able to break the deadlock.

"Hurts, even more, this morning, this team deserved more. Been incredible to be a part of this campaign and see the joy it's brought fans around the country after a very tough 18 months or so," tweeted Henderson.

In another tweet, the midfielder wrote: "We gave absolutely everything and I am so proud of the lads for what they've done over the last few weeks. To see the growth of individuals and as a collective has been incredible, the character we've shown, the desire & sacrifice for each other has been something really special."

Henderson also lauded England fans for getting behind their team and he said this is just the beginning as greater things are in store for the Three Lions.

"It says a lot about the lads who took a pen last night, huge courage, but we win & lose as a team & we will learn from this experience. Thank you all for your incredible support, we didn't manage to get over the line in the end but we'll be back, this is just the beginning," tweeted Henderson.

This was the first time that England had managed to reach the finals of a major international competition after 1966.

Marcus Rashford, Jadon Sancho, and Bukayo Saka all missed the chance to net goals in the penalty shootouts for England. The English players were then abused on social media.