How to Improve Your Sudoku Skills in 5 Minutes or Less

Are you frustrated being stuck indoors? Do you think you have nothing productive to do? In that case, it is highly recommended to spend some time playing online games 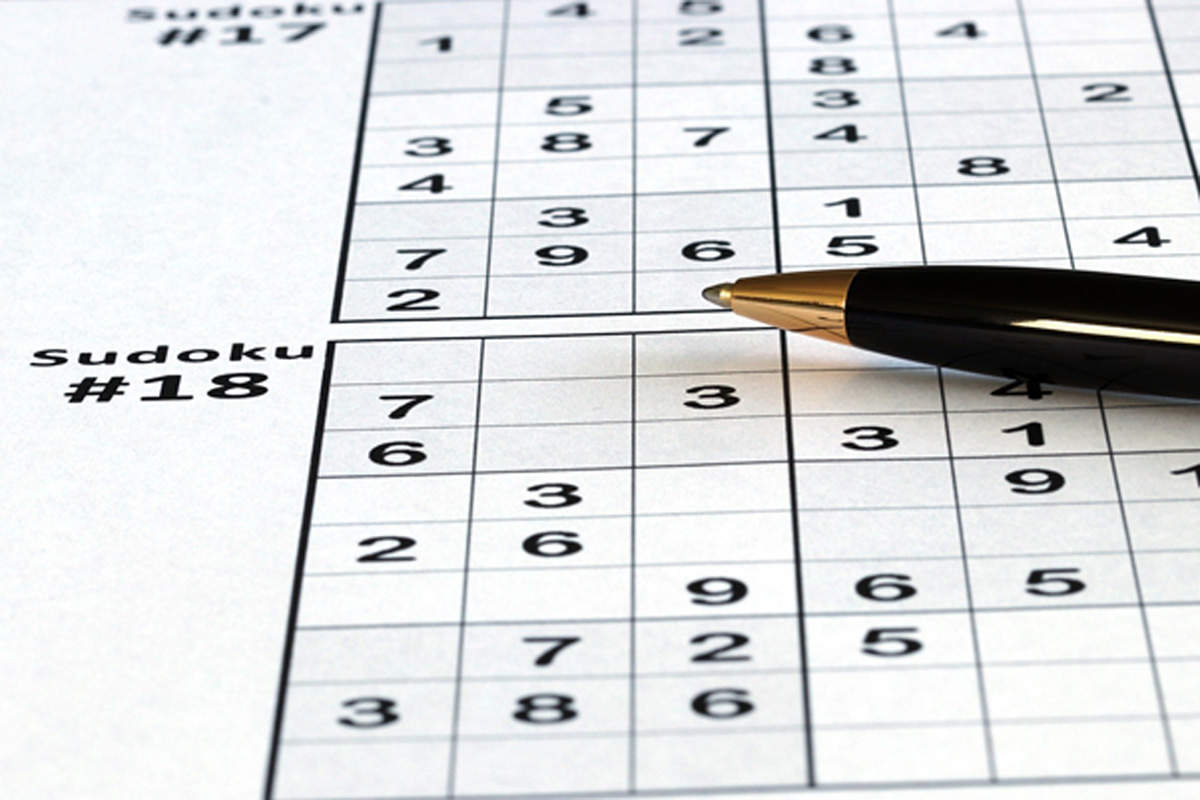 Are you frustrated being stuck indoors? Do you think you have nothing productive to do? In that case, it is highly recommended to spend some time playing online games. Yes, they are not only refreshing but completely skill-based to help your brain muscles at work all the time. So far as online gaming is concerned, there are a number of games you can opt for from card games to board games to cue sports and fantasy sports. In fact, if you have been into solving Sudoku since your childhood days and missing it too often, you can play it online too.

Sudoku is a game that makes you more observant, focused, and alert, thereby enhancing your presence of mind. Onrec listed Sudoku as one of the best brain games to play to be sharper and more efficient at work. So how about solving Sudoku regularly and being better at work in this ‘’Work from Home” era?

Thanks to the gaming platforms all the online versions of your favourite game are brought to your mobile screens now. If you want to play Sudoku and you do not have much time to devote to it, you can start with solving it based on a time limit. This will not only help you save time for other chores but also let you improve your skills and be expert enough in finding out the sets faster. To achieve this, you can play Sudoku online whenever you want, wherever you want. To help gamers, here are a few ways discussed to improve their Sudoku skills in five minutes or less:

Set your time
Of course, when you are working from home, you don’t have to travel to your office on a regular basis, especially in times of the pandemic. Being at home, however, sometimes, makes you idle and lazy, which somehow might affect your level of efficiency at work, right? Why not take out just five minutes from your schedule and get refreshed and become sharper at work?

Set a timer. Devote only five minutes in between your work or anytime you require refreshment. Start solving the Sudoku problem. You can choose your level as a beginner, moderate, or expert. Start the timer as soon as you are ready to begin. Check if you could solve it fully. If not, keep trying, there will be a time when you will not even require five minutes. You would do it in even less time.

Keep off the distractions
Well, when you are setting a timer of five minutes and you are actually determined to solve Sudoku, it is very important that you select an isolated place to start with the game. When you have distractions all around, focusing on what you are doing is difficult, be it work or a game or anything you are involved in. You have 9 columns, 9 rows, and numbers from 1-9. These are the three things you should focus on.

For those five minutes, forget about everything around. Your focus should be on how to place those 9 numbers in the right positions to fill the empty focus. Make sure, the place you have decided to play in is free from unnecessary noises and disturbances. It’s recommended for you to be alone wherever you are.

Focus on one set at a time
Most of the time, it has been observed that players are impatient and confused about where to start with. As a result, they focus on the rows and columns all at once, which ultimately kills their time and nothing else. If you are not focusing on one thing at a time, completing the number puzzle within the set time would be difficult. Set a goal for those five minutes.

Start with either one column or one row or one square at a time. This way, you will be more focused and you would know you have to complete that particular set at a time. You won’t even realise how fast you solve the puzzle if you focus on one set at a time.

Follow one technique in those five minutes
When it is about solving a puzzle, every individual has his own way of strategizing things. Thus, not one technique could be recommended or favoured. As a gamer, you know how you need to calculate your moves and ensure how fast you can solve Sudoku. Based on whatever technique you are utilising, just make that you are following only one technique at one time.

There are gamers who lose only because they try implementing all known techniques in one game. As a result, they are left nowhere at the end. They neither complete the rows nor the columns and they have lots of boxes still to be filled after those five minutes. Applying multiple techniques in one game would never ensure you a win and even if it does, it would take hours. One technique at one time will make things faster and better. Try it!

Keep practicing and be faster
When players find that they are unable to complete the puzzle in five minutes, they leave practicing right after two or three unsuccessful attempts. It is advisable for gamers to never do that. If they practice regularly, their timer will be enough to let them know that they are becoming faster with every attempt they make.
In short, practicing Sudoku on a regular basis with the timer on will make gamers record faster win, thereby making them solve the puzzle in even less than five minutes in the future.

Applying or adopting the above techniques would surely help players to improve the Sudoku skills and be experts to solve the puzzle in just five minutes or even less. The online gaming platforms allow you to enjoy a time-based game and thereby be faster with every attempt being made. If you