European champion and player of the tournament of recently concluded Euro 2020, Gianluigi Donnarumma has said farewell to AC Milan ahead of a reported switch to Ligue 1 club Paris Saint-Germain. 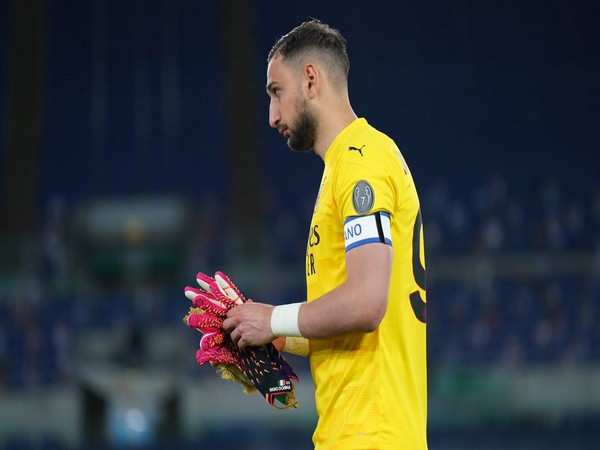 Milan: European champion and player of the tournament of recently concluded Euro 2020, Gianluigi Donnarumma has said farewell to AC Milan ahead of a reported switch to Ligue 1 club Paris Saint-Germain.

The Italy goalkeeper became a national hero after he saved Jadon Sancho and Bukayo Saka's spot-kick to seal victory in Sunday's Euro 2020 final against England. But he is now preparing for a massive change after spending his entire career to date with the Rossoneri.

"Some choices are difficult, but they are part of a man's growth," the 22-year-old, whose contract at San Siro expired this summer, explained on Instagram.

"I arrived at Milan when I was little more than a child, for eight years I wore this shirt with pride, we fought, suffered, won, cried, celebrated, together with my teammates, my coaches, all those who have made and are part of the Club, together with our fans who are an integral part of what has been a family for many years. In the Rossoneri shirt, I also achieved personal goals, such as my debut at 16 in Serie A. I lived through extraordinary years that I will never forget."

"Now the time has come to say goodbye, a choice that was not easy, indeed, and certainly a post is not enough to explain it, or perhaps it cannot even be explained because the deepest feelings can hardly be translated into words. What I can say is that sometimes it is right to choose to change, to face different challenges, to grow, to complete oneself."

"All the Rossoneri I met, from the first to the last day, will always remain in my heart as an important, indeed fundamental part of the life path that made me what I am. I wish Milan all possible successes and I do it with my heart, for the affection that binds me to these colors, a feeling that distance and time cannot erase."

Gianluigi Donnarumma began his career with AC Milan in 2015, becoming the second-youngest goalkeeper ever to debut in Serie A, aged 16 years and 242 days; he immediately broke into the starting line-up. He also broke the record as the youngest Italy under-21 player ever to play, aged 17 years and 28 days in March 2016. Six months later, he made his senior international debut, becoming the youngest goalkeeper ever to appear for Italy, aged 17 years and 189 days.

Donnarumma was also included in the UEFA Team of the tournament alongside four Italian players - Leonardo Bonucci, Leonardo Spinazzola, Jorginho, and Federico Chiesa.

In the thrilling Euro 2020 final at Wembley, Azzurri defeated England 3-2 on penalties after the normal 90-minute action had finished at 1-1. (ANI)