Fans engaging in booing and abusing players have no right to be called England supporters, says Lineker

Former England striker Gary Lineker has said that all those engaging in racially abusing some of the Three Lions players have no right to be called England supporters. 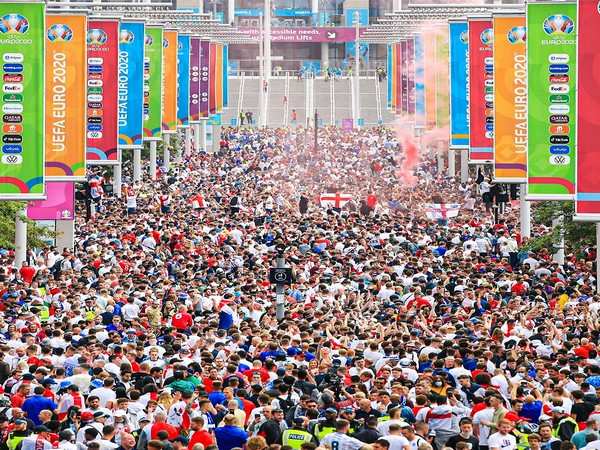 London : Former England striker Gary Lineker has said that all those engaging in racially abusing some of the Three Lions players have no right to be called England supporters.

England lost the Euro 2020 final against Italy on penalties on Sunday (local time), and after that some of the players have been racially abused on social media.

Unruly behaviour from the England supporters was also on show during the summit clash as some booed Italy's national anthem ahead of the match at Wembley. After the game got over, supporters were also seen engaging in brawls inside the stadium.

"Booing and racially abusing the fine young men that play for our country and have given us so much pleasure and joy over the last month is not being an @england fan. That goes for the pathetic fighting at the ground too. It's a minority but it's a loud one and it's embarrassing," tweeted Lineker.

Marcus Rashford, Jadon Sancho, and Bukayo Saka all missed the chance to net goals in the penalty shootouts. The English players were then abused on social media.

England's Football Association in the early hours of Monday morning also condemned racist abuse of players. "The FA strongly condemns all forms of discrimination and is appalled by the online racism that has been aimed at some of our England players on social media," an official statement read.

"We could not be clearer that anyone behind such disgusting behaviour is not welcome in following the team. We will do all we can to support the players affected while urging the toughest punishments possible for anyone responsible," it added. (ANI)