Spain head coach Luis Enrique was all praise for midfielder Pedri, after the team's loss against Italy in the Euro 2020 semi-final, comparing the 18-year-old to Andres Iniesta. 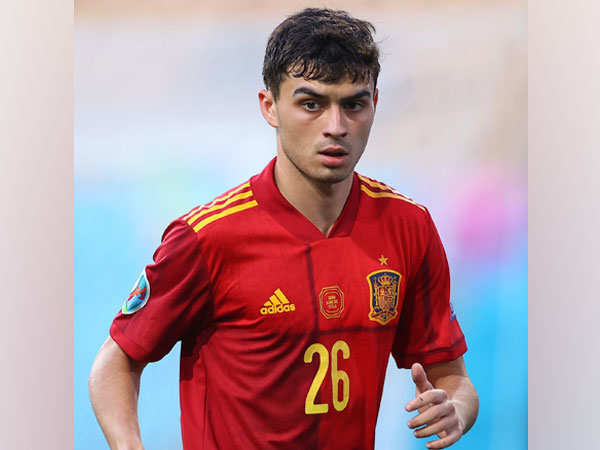 London [UK]: Spain head coach Luis Enrique was all praise for midfielder Pedri, after the team's loss against Italy in the Euro 2020 semi-final, comparing the 18-year-old to Andres Iniesta.

Azzurri booked their berth in the Euro 2020 final after seeing a lead wiped out but defeating Spain on penalty shoot-out by 4-2 on Tuesday.

"Have you seen the tournament that Pedri has played? I've never seen an 18-year-old kid play like I've seen Pedri play in this tournament, not even Andres Iniesta. It's crazy," Goal quoted Luis Enrique after the match.

For FC Barcelona midfielder, Pedri Euro 2020 has been a breakthrough tournament in Spain's outfit. In the clash against Italy, the teenager became the youngest player to ever start a match at this point in the competition and completed all 55 of his pass attempts in regular time. Pedri has also been selected to compete in the upcoming Tokyo 2020 Olympics.

Earlier in the semi-final at Wembley, Azzurri led through Federico Chiesa on the hour but substitute Alvaro Morata forced extra time for Spain. It went to a shoot-out and after Morata himself was denied, Jorginho rolled in the clincher for Roberto Mancini's team.

Both teams were in a record sixth Euro shoot-out; it was Italy's third such success and Spain's second reverse, as per UEFA. With this win, Italy are into their fourth European Championship final, behind only Germany on six.