Each of them has inspiring life journey, says PM Modi ahead of interaction with Tokyo-bound athletes

Prime Minister Narendra Modi on Tuesday said all Tokyo-bound athletes have an inspiring life journey and he is looking forward to interacting with them ahead of their departure for the upcoming Games. 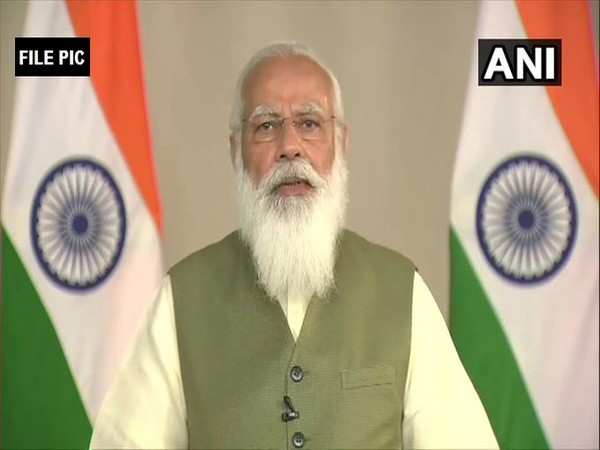 New Delhi : Prime Minister Narendra Modi on Tuesday said all Tokyo-bound athletes have an inspiring life journey and he is looking forward to interacting with them ahead of their departure for the upcoming Games.

Prime Minister Modi will be interacting with the Indian athletes bound for Tokyo Olympics on Tuesday at 5 pm via video conferencing.

"At 5 PM this evening, I look forward to interacting with our athletes who would be representing India at @Tokyo2020. Each of them has an inspiring life journey and I am sure what they would share would interest you all. Do watch the interaction. #Cheer4India," PM Modi tweeted.

Recently, Prime Minister Modi had discussed the inspirational journeys of some of the athletes on Mann Ki Baat, besides urging the nation to come forward and wholeheartedly support them.

A total of 126 athletes across 18 sports disciplines from India will be heading to Tokyo. This is the biggest-ever contingent India is sending to any Olympics. The 69 cumulative events across the 18 sport disciplines that India will participate in are also the highest ever for the country.

There are several notable firsts in terms of participation. For the first time in its history, a Fencer from India (Bhavani Devi) has qualified for the Olympic Games. Nethra Kumanan is the first-ever female Sailor from India to qualify for an Olympic Games.

Sajan Prakash and Srihari Nataraj are the first Swimmers from India to qualify for an Olympic Games by achieving the 'A' Qualification Standard in Swimming.

The Indian Olympic Association (IOA) has already confirmed that boxer Mary Kom and men's hockey team captain Manpreet Singh would be the flagbearers for the Indian contingent at the upcoming Tokyo Olympics in the opening ceremony.

Wrestler Bajrang Punia will be the flagbearer at the closing ceremony. The Indian contingent would depart for Tokyo on July 17. The Olympics will run from July 23-August 8. (ANI)