Defending champion Novak Djokovic stormed into his seventh final at The Wimbledon Championships with a straight-sets victory over Denis Shapovalov on Friday. 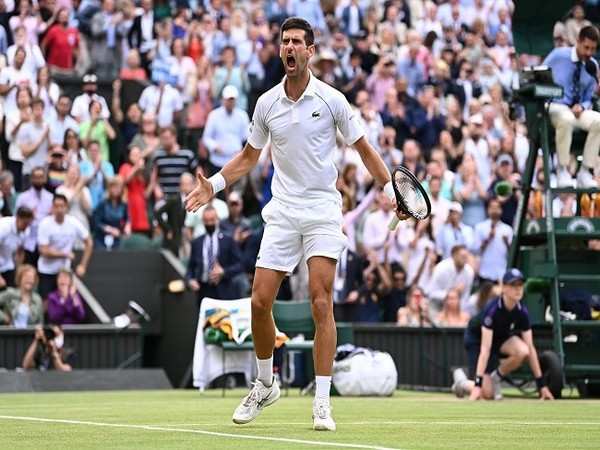 London : Defending champion Novak Djokovic stormed into his seventh final at The Wimbledon Championships with a straight-sets victory over Denis Shapovalov on Friday.

The World No. 1 rallied from a breakdown in the first set and withstood a baseline barrage from the Canadian tennis player to triumph after two hours and 44 minutes.

Djokovic has not lost a set since his first set of the tournament against his home favourite Jack Draper.

Djokovic remains on course for a sixth Wimbledon crown, and a 20th Grand Slam to go level with Roger Federer and Rafael Nadal.

Hurkacz had defeated 39-year-old Roger Federer to storm into the semifinals of the ongoing Wimbledon on Wednesday but the Polish tennis player wasn't able to carry forward the momentum.

When Berrettini led 6-3, 6-0 it appeared as though this meeting of first-time Wimbledon semi-finalists was going to be very one-sided.

From 2-3 in the opening set, Berrettini won 11 games in a row. The seventh seed, who also reached the 2019 US Open semi-finals, did not lose his serve across four sets and saved both of the breakpoints he faced on Centre Court. (ANI)