Dhawan-led Indian squad gets into 'groove' for Sri Lanka series

Shikhar Dhawan-led Indian team is leaving no stone unturned to prepare for the upcoming Sri Lanka series, which gets underway from July 18. 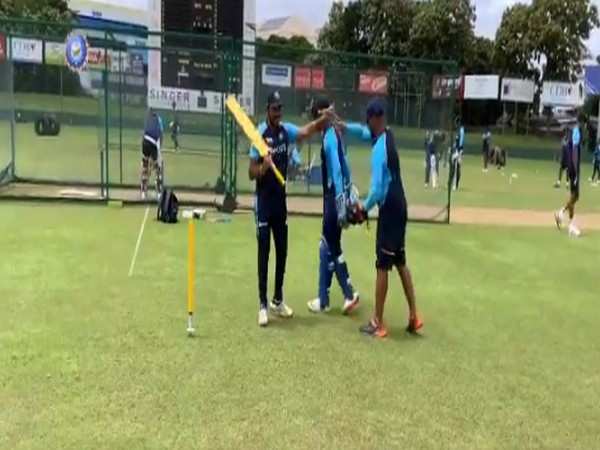 Colombo : Shikhar Dhawan-led Indian team is leaving no stone unturned to prepare for the upcoming Sri Lanka series, which gets underway from July 18.

The tour comprising three ODIs and as many T20Is will start from July 18 after the series was rescheduled last week.

The Board of Control for Cricket in India (BCCI) on Monday shared a glimpse of how the players are training ahead of the series.

In the video, players can be seen hitting the ball right out of the meat of the bat while some of them can be seen honing their skills on the field.

While Bhuvneshwar Kumar has been named vice-captain, Dhawan will lead the team which will be coached by former skipper Dravid.

Meanwhile, Sri Lanka cricketers came out of mandatory isolation on Sunday evening as they all returned negative results in their latest RT-PCR tests.

As per a report on ESPNcricinfo, only the players will be allowed to come out of isolation as of now, while coaches and other members of the support staff will be in isolation until Wednesday.

The players are likely to begin training sessions by Tuesday and this orders well for the limited-overs series against India.

Sri Lanka will likely be using the facilities at Khettarama stadium, while the India team will train at the Sinhalese Sports Club (SSC), stated the report. (ANI)