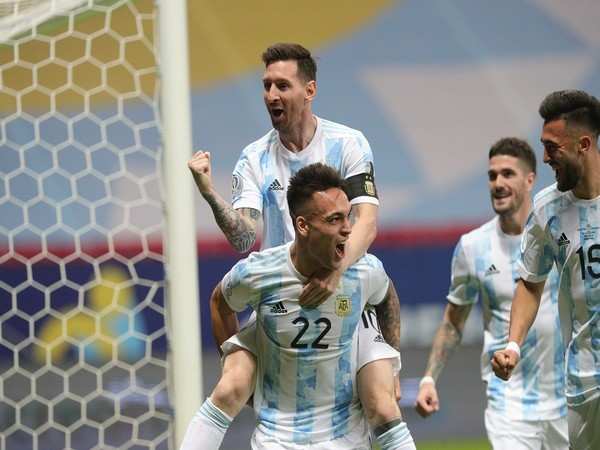 The match ended 1-1 in regular time between both the teams and they went straight to the shootout. The Aston Villa goalkeeper, Lionel Scaloni emerged as an unlikely hero in the penalty shootout as he saved three of the five penalties he faced and booked Argentina's ticket for the final against Brazil.

The first half was pure back and forth between both sides but it was Argentina who got off the block first in the crucial semi-final. In just six minutes, Lionel Messi earned his fifth assist of the tournament with a pass to Lautaro Martinez, who put the ball in the right corner past Colombia goalkeeper David Ospina.

As the minutes went by, Colombia threw bodies ahead and managed to produce some brilliant saves from Emiliano Martinez, who had two key interventions to maintain the result for Argentina.

After an hour in the game, Colombia's continuous persistence paid off as they leveled with Luis Diaz's strike, who received the ball on the left of Argentina's box and finished from a tight angle to beat Martinez.

The semi-final then went to the penalty spot where Emiliano Martinez became a giant as he saved the penalties of Sanchez, Mina, and Cardona thus, Argentina obtained their berth to the final.

This was Argentina and Colombia's third meeting in the Copa America semi-final. The first time was in 1993 (Argentina won on penalties and finished champions) and then in 2004 (Argentina won but lost in the final against Brazil).

Argentina are yet to be beaten in this year's competition. Lionel Scaloni's side finished top of their group with 3 wins and a draw against Chile. In the quarterfinal, they won 3-0 against Ecuador to progress to the final 4. La Albiceleste have reached the final in 4 of the last 6 editions but have not lifted the trophy in almost 30 years; they will hope to put an end to that run in 2021 when they face Brazil in the epic final at Maracana. (ANI)