Cannot perform in every match, Sri Lanka series very important to me: Chahal

India spinner Yuzvendra Chahal on Thursday said it is unfair to expect a cricketer to perform in every single match. However, he addressed the importance of the upcoming series against Sri Lanka, saying he will try to do his level best. 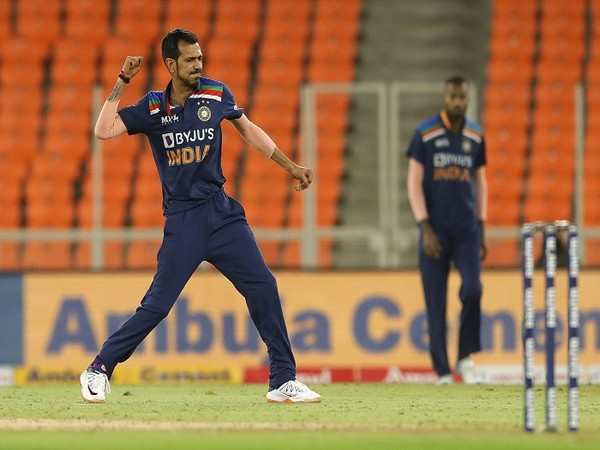 Colombo : India spinner Yuzvendra Chahal on Thursday said it is unfair to expect a cricketer to perform in every single match. However, he addressed the importance of the upcoming series against Sri Lanka, saying he will try to do his level best.

Sri Lanka and India will square off in three ODIs and three T20Is, beginning July 13. While Bhuvneshwar Kumar has been named vice-captain, Shikhar Dhawan will lead the team which will be coached by former India skipper and NCA head Rahul Dravid.

"My performance -- I don't think it was a dip in form or anything. You can't perform in every match. I will try my level best. This series is very important to me. I keep having conversations with the bowling coach. The management has given us confidence, and that's why I'm here. If it wasn't there, no one in the team would be here," said Chahal during a virtual press conference.

"My main focus at the moment is just this series -- there's been lesser cricket over the last year, but that's not in our hands. Whatever series happens, we want to perform. After this series, my focus will be on the IPL, and only then the T20 World Cup. Right now, I'm focusing on this tour only," he added.

When asked about the pressures of playing ODI after a long time, Chahal said: "I'm playing an ODI series after so long, but we've already played here -- two practice matches. We've been practicing early in the morning so that we get used to the heat. It'll be totally different compared to 20 overs where we're on the ground for three, three-and-a-half hours."

"I've played for five years, 50-plus matches, so I'm used to all this. This is not an excuse or something. Now, when I bowl, I just focus on how to get batters out. That's it. I have a couple of variations and I'm focusing on that only, not using other deliveries. You will see a more confident Yuzi in this series. I'm just working on my angles and in general, trying to bowl more," he added.

Team India's white-ball squad trained in Colombo for the first time last Friday as the Dhawan-led squad geared up for the upcoming limited-overs series in the Island Nation.

Earlier, in the pre-departure press conference, Dravid had said that he hopes the white-ball squad is able to give good performances so that they are able to knock the doors of selectors for a call-up for the T20 World Cup which is set to be played later this year in UAE. (ANI)