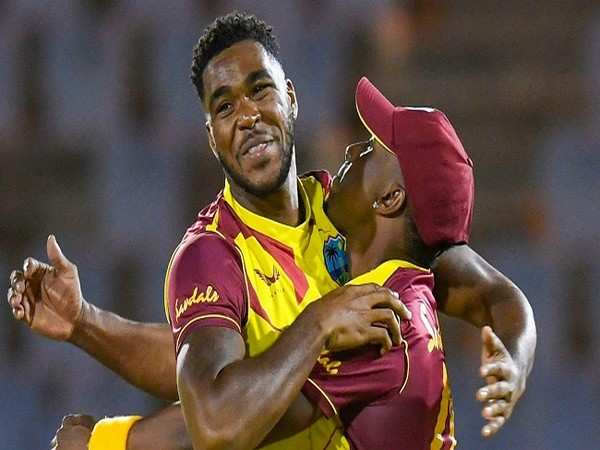 With this win, West Indies have taken a 1-0 in the five-match T20I series. West Indies scored 145-6 after being sent in to bat first and then bundled Australia out for 127 to clinch the game.

Russell showed his tremendous power by scoring 51 runs off 28 balls -- which included five towering sixes. It was his maiden half-century for West Indies in the shortest format of the game.

Chasing 146, Australia got off to a bad start as they lost skipper Aaron Finch in the second over. Mitchell Marsh and Matthew Wade then stitched a 38-run stand for the second wicket before Russell removed the opener in the fourth over.

Josh Philippe failed to leave a mark as he was dismissed for one run with Australia getting reduced to 53/3 in the sixth over. Meanwhile, Marsh completed his fifty and scripted a brief stand with Moises Henriques for the fourth wicket.

Australia were cruising for the win till the 11th over before Walsh and McCoy wreaked havoc to take seven wickets together. The visitors collapsed from 108/4 to 126 all out in 5.4 overs.

McCoy took 4-26 -- his second four-for this season -- to be named the Player of the Match. Leg-spinner Walsh, playing his first match of the season, took 3-23.

Earlier, some incredible hitting by Andre Russell helped West Indies reach 145 in the 20 overs after the hosts got off to the worst possible start, losing three wickets for 35 runs.