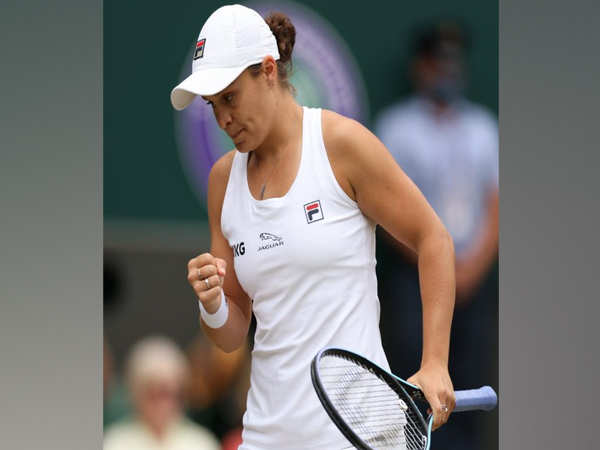 This is the first time that a Wimbledon women's final went to a third and deciding set since 2012. Nine years ago, Serena Williams had defeated Agnieszka Radwanska in three sets at the women's final at the Centre Court.

In the first set, Barty brought her A-game to the court and she managed to take a 5-2 lead. Pliskova bounced back to win one game, and she brought the set to 5-3. However, Barty showed her class and she ended up winning the first set 6-3.

Pliskova won the first game in the second set, but Barty stormed right back and she managed to take a 3-1 lead. However, the Czech was able to bring the scoreline level at 3-3.

The second set went back and forth, but in the end, Pliskova managed to win it, sending the match into the third and deciding set.

In the third and deciding set, Barty raised her game and as a result, she went on to win the match.

Barty had earlier won the US Open title in 2018 and after winning Wimbledon, Barty has won her second Grand Slam title.

On Sunday, the Wimbledon men's final will be contested between Novak Djokovic and seventh seed Matteo Berrettini.

Djokovic has already won the Australian Open and French Open this year and he has 19 Grand Slam titles to his name. (ANI)