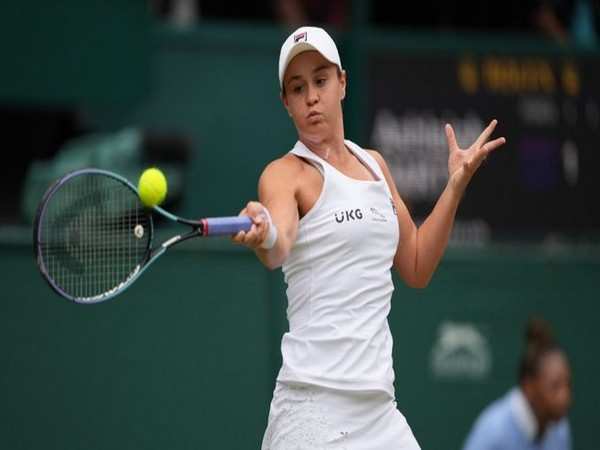 Barty defeated Germany's Angelique Kerber 6-3, 7-6 in the semifinals here at the Centre Court.

Barty brought her A-game to the court and she won the first set quite comprehensively. Kerber had no answers to Barty's serve and as a result, the Australian won it 6-3.

Kerber made a stunning return in the second set, and she managed to take a 3-0 lead, putting the pressure on Barty.

However, the Australian made a comeback and she was able to bring the scoreline level at 6-6, sending the second set into a tie-breaker.

In the tie-breaker, Barty raced to a 6-1 lead and Kerber's hopes of winning the match were diminishing. Kerber did manage to win three games, but the score still remained 6-3 in favour of Barty. In the end, the 25-year-old Barty progressed to the finals of the tournament.

Later in the day, Karolina Pliskivo and Aryna Sabalenka will lock horns in the second semifinal. (ANI)