Former India striker and two-time Olympian Jagbir Singh went back in time to reflect on India's topsy-turvy campaign at the 1988 Seoul Olympics and the remarkable fightback to the top six after finishing at the bottom of the table in the 1986 World Cup. 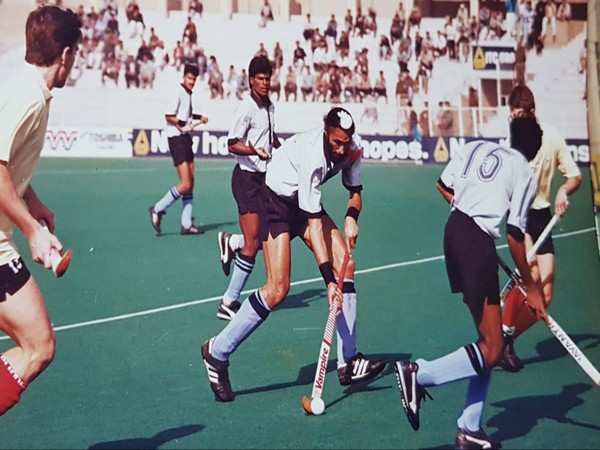 New Delhi: Former India striker and two-time Olympian Jagbir Singh went back in time to reflect on India's topsy-turvy campaign at the 1988 Seoul Olympics and the remarkable fightback to the top six after finishing at the bottom of the table in the 1986 World Cup.

"One can imagine as a youngster when selected for the Olympic Games, how excited all of us would have been! Firstly, for me, it was a dream come true being an Olympian. Secondly, facing the major task of coming back into the top six because India, unfortunately, had finished at the bottom of the table in the 1986 World Cup, and people also started writing us off. So, the big challenge was to bring that confidence among us and also to bring India back where it belongs," stated Jagbir in Hockey India's flashback series.

"This very spirit was inculcated in all of us, right from day one, when we started training at the SAI Campus, Bengaluru. People around us were not just coaches, they were more like parents. Dr MP Ganesh was our coach, Padma Shri Jaman Lalji Sharma was our manager. We were to train like wild horses, to be prepared for the Olympics. We were told that your aim is to finish among the top six and then see how it goes. The main objective was to play the semi-final," he recalled while speaking about the build-up phase of the 1988 Seoul Olympics.

MM Somaya-led India kickstarted their 1988 Olympics campaign with a 0-1 loss to Russia in the opening game and held Germany to 1-1 in the second match before registering convincing victories against South Korea and Canada respectively.

Speaking about the teams' campaign, the fleet-footed former striker reminisced, "After losing our opening game, it seemed as if it may not work for us in this Olympics. But again, we knew what we are here for. We might have been in the Olympics village, but I still don't remember having gone anywhere else or having been involved in any other fun activity at the village because we knew we were there for the given task."

He further added, "Hence, rest of the matches we could play very well. On the way, we had a couple of good games, we beat Canada and Korea, and played a draw against Germany. We had not conceded more than one goal in each of the league matches we played before the last match against Great Britain, so what we had to do was to play at least a draw and qualify for the semi-finals."

The Indian team went down 3-0 against Great Britain and were placed in the 5-8 placings bracket. Vividly recalling every moment, the 56-year-old emphasized that not obeying the coach's advice cost India a spot in the semi-finals. He said that the team could have won that game easily.

"We were shattered, we knew where we went wrong. One mistake, not obeying to what the coach had said cost us a spot in the semi-finals. We didn't know where to go because we had lost to a team, which we knew we could beat. We only had to play a draw, and the outcome of the Games could have been different because GB went on to become the Olympic Champions," he recalled.

"We played very good hockey in the first half, and the scoreline was 0-0. It was just about handling 35 minutes more, but we failed, and let go of things that were in our hands. Nobody wanted to go back to the room, and no one spoke about what happened because we couldn't handle those 35 minutes," he added.

Popularly known as 'Striking-circle assassin', Jagbir also reminisced that the only three senior players in the squad, Shahid, M.M.Somaya and Mervyn Fernandes, were one of the key reasons behind India's nervy win over Argentina in the first play-off match, which went down to the sudden-death tie-breaker.

"I would say the best part of the team was that seniors like Shahid, M.M.Somaya and Mervyn Fernandes, not for once, let the youngsters feel left behind, they used to keep motivating us, and this was one of the key reasons, we could beat Argentina in the next game (first playoff match of 5-8 placings)," said the Agra-born player.

Speaking about the current Indian team, Jagbir said he is very optimistic that the Manpreet Singh-led side can do what the previous teams couldn't do at the quadrennial Games.

"I am very optimistic that this team can do what the previous teams couldn't do. Firstly, this team has its own style of play, and to name a few, be it Manpreet, be it Mandeep, Dilpreet, or Surender in the defence or Sreejesh under the bar, they all have very different qualities compared to any other team. So, the variety of talent in this current Indian team is applaudable, and they are far fitter than any other team in the world," he said.

The two-time Olympian also extended his best wishes to the Indian Hockey Contingent. "To the men's team, I would like to say that this is your chance, go grab it!. Don't get over-excited about playing the Semi-Finals or Final, but go match-by-match," he expressed.

"I have a message for the women's team also. We all are proud of you that you have been playing the second consecutive Olympics after a gap of so many years. Take one match at a time, and you have the capabilities to do wonders. All the very best to both the teams, stay safe, please take care, do follow all the protocols, and bring back the glory!" the former striker signed off. (ANI)