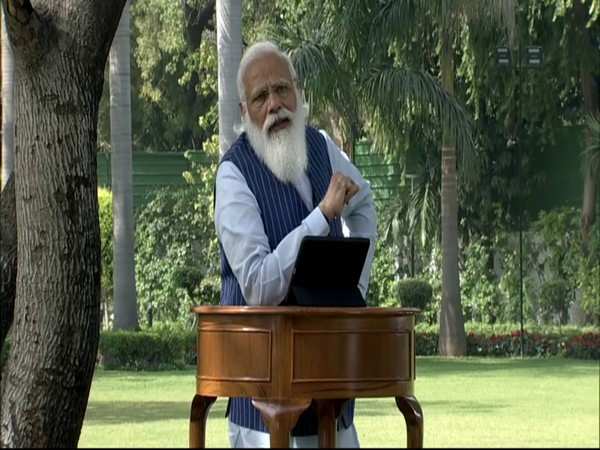 The publications also reported the surge in COVID-19 cases in the country.

Rashtriya Sahara: The newspaper extensively covered PM Modi's "Pariksha Pe Charcha 2021" on its front page. It reported that more than 14 lakh registered students, parents, and teachers participated in the programme across the country.

The daily also gave prominence to rising COVID-19 cases and anxiety among the public. It reported that many states in the country have come up with a number of restrictions.

"According to a report by the Indian Council of Medical Research (ICMR), the danger of COVID-19 reinfection is increasing in India. The recent surge has broken all the records so far throughout the country. On Wednesday, one lakh 15 thousand 726 new cases have been registered while 630 patients have died," it reported.

The publication also highlighted Delhi High Court's decision to make mask-wearing mandatory while driving a car even if there is just one person inside. The court stated that a mask acts as a 'Suraksha Kavach' which would prevent the spread of COVID-19 while adding that even if a car is occupied by just one person, it is a public space.

Inquilab: The newspaper also made "Pariksha Pe Charcha" its top headline. It reported the PM said that the students had lost one year of their education due to COVID-19 but they had also learnt a lot of lessons during the crisis.

The daily gave prominence to the Election Commission's notice to West Bengal Chief Minister Mamata Banerjee over her remarks where she appealed to Muslim voters not to let their votes get divided. (BJP)