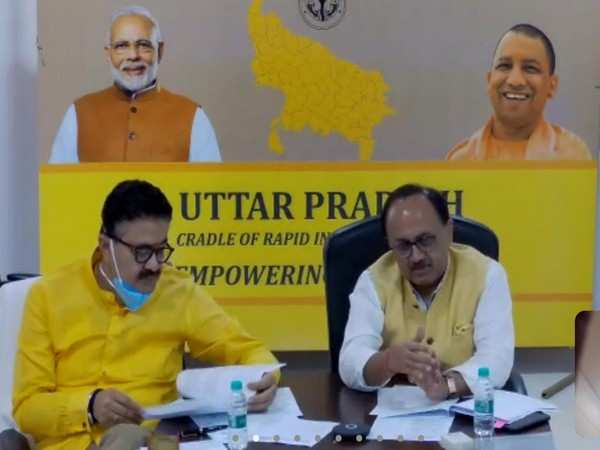 Responding to a question on jobs Singh said UP government has provided four lakh government jobs in the last four and half years. The government has also provided Rs 2.5 lakh crore loan to MSME's, which has created 2.60 lakh jobs in UP.

He said UP government has helped 4.41 lakh stressed MSME units by providing them credit under Central government's Emergency Credit Line Guarantee Scheme (ECLGS). Till date Rs 12.22 lakh crore has been provided to stressed MSMEs, he said.

Highlighting the key achievements of the UP government he said UP Investors Summit was organised in February 2018. The unprecedented success of UP Investors Summit 2018 led to the generation of 1,045 investment intents worth more than Rs 4.28 lakh crore across sectors.

Talking about the new opportunities during COVID-19, Navneet Sehgal said state government set up a dedicated Helpdesk at Invest UP in April 2020 has also attracted more than 96 investment intents, including intents from companies from around 10 countries such as Japan, US, UK, Canada, Germany, South Korea and Singapore worth around Rs 66,000 crore.